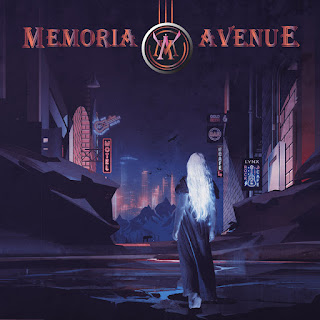 MEMORIA AVENUE is a new melodic rock band that hails from Norway and with its self-titled opus comes to deliver a solid record all the way. "Memoria Avenue" will be released this November through Frontiers Music.
Memoria Avenue is the artistic union between guitarist Tor Talle and the awesome new singer Jan Le’ Brandt. Tor is a skilled and well-known musician, best-known for the Northern Light project. He has also worked, either writing songs and/or performing with, on records from melodic rock giants such as Joe Lynn Turner (Rainbow, Deep Purple), Fergie Frederiksen (ex-TOTO), Rob Moratti (ex-SAGA), Steve Overland (FM), and the late Tony Mills (TNT, Shy).
The sound of Memoria Avenue is something between Work Of Art, Creye and The Magnieficent. All of their songs are well-written, well-composed that all of them include killer melodies, smooth and emotional vocals, crunchy guitars and plenty of hooks and choruses for your ear pleasure.
Highlights out of this really amazing opus are the fantastic up-beat "The Air That I Breath", "Stuck", "If You Fall", the beautiful melodic rock gem of "Waiting Forever", the edgier "Run With Me" and the anthemic "Someday".
I think that Frontiers Music hits bulls eye with this band. An excellent sample of solid melodic rock stuff that the sure thing is that we are going to see bigger things from them in the near future.
Songwritting : 8
Production : 8
Songs : 8
Musicianship : 10
Overall Rating : 8,5 / 10
https://www.facebook.com/memoriaavenuehttps://instagram.com/memoriaavenue