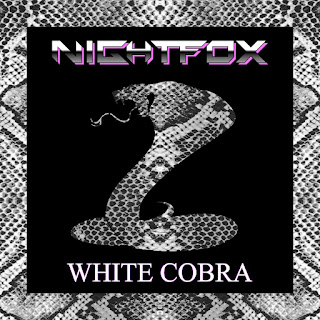 NIGHTFOX is a hard rock band that hails from Norway and "White Cobra" is entitled its brand new opus which was released through Danish label Lions Pride Music.
Originally, the band started as a synthwave project, in 2012 and it wrote a few instrumental tracks. Much later, in 2017, Nightfox decided to turn towards to hard rock, regarding the music, and it started to put the final pinches to its songs for an up-coming record. With a vocalist the songs took flesh and bone and, nowadays, they present us "White Cobra".
After the very first spin of the new opus, I have to say that I really enjoy it a lot. It reminded me a lot of the classic heavy and hard rock scene of the late 80's with big hooks, edgy guitars, powerul vocals and attitude. It recalls to bands such as Motley Crue, Ratt and early Winger and that's a thing that I loved the most here.
Highlights here are the impressive opener "Dream Come True", "Ride The Sky Tonight", the up-beat "Your Broken Heart", the speedy and in-your-face "Phoenix" and the heavier "What Matters In The End".
A damn pretty impressive opus by these newcomers indeed. They have the energy and the attitude to create bigger things in the future and that's a fact here. Some killer tunes in "White Cobra" along with this 'sweet" mid 80's vibe of bands such as Crue, Ratt and Winger makes this record a must check out !!!!
Songwritting : 7
Production : 6
Songs : 8
Musicianship : 8
Overall Rating : 7,25 / 10
Connect with Nightfox:
https://soundcloud.com/nightfoxofficial
https://www.facebook.com/nightfoxretro