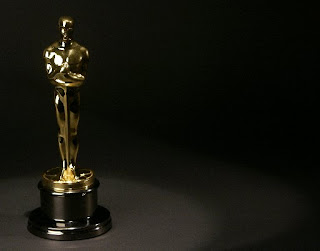 Another year passed by, another excellent musical year with some brilliant releases and as last year, it's the time of the year to present Heavy Paradise's awards for 2011.  I, also, have to say that with so many strong efforts it was so hard to make my final Top 20 list! But, before the presantation of the Top lists, I have to say a big thank you to Heavy Paradise's readers who kept the Rock N' Roll dream alive during this year! Thank you!! My special thanx goes, also, to my wife Alexia, The Heavy Paradise team, Fotis @ http://www.rockway.gr/ , all the guys @ http://www.rockreport.be/ , Ewen, Micke Larsson from http://www.coldspell.se/ , David Reece, Zorro from Lionville, Mike Tramp, Axel from http://www.rockngrowl.com/ , Chris Zianidis @ Rosewwod Festival, Filippo Cavallini from Voodoo Highway, Steve Newman & Mark Thompson-Smith, CJ Snare, Pete Fry, Nik @ Reptile Music, Angelo @ http://www.bakerteamrecords.com/ , and to everyone who's givin' Heavy Paradise a reason to live!! 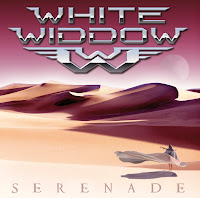 1) WHITE WIDDOW - SERENADE , Last year this band was the biggest surprise and they earned the first position in Heavy Paradise's Top albums list. So, once again, they are back with a simply stunning album full of melodies, catchy songs and an 80's attitude that rocked my world. Well done guys!

2) BAD HABIT - ATMOSPHERE , This album could also be in the first position! Excellent!

3) ROB MORATTI - VICTORY , A great singer with an amazing line-up and there you have a well-crafted melodic rock album in an old fashioned way!

4) SIXX A.M. - THIS is GONNA HURT , My biggest surprise from 2011's releases. A huge modern hard rock album that everyone should check out!

5) WILD ROSE - HALF PAST MIDNIGHT , The biggest hope for the future in the Melodic Rock/ AOR scene. And they are Greeks :-)

6) COLDSPELL - OUT FROM THE COLD , congratulation to this band that offered us another solid release!

9) NIGHT RANGER - SOMEWHERE IN CALIFORNIA , another excellent comeback album from these rock veterans!

10) RECKLESS LOVE - ANIMAL ATTRACTION , it's sleazy, it's fun, it's modern but overall it has all the great elements from the 80's hair metal sound.

1) WORDS ARE NOT ENOUGH - BAD HABIT
2) TIME - COLDSPELL
3) RECKLESS NIGHT - WHITE WIDDOW
4) WITH YOU - LIONVILLE
5) ARE YOU WITH ME - SIXX A.M.
6) DIRTY DREAMS - RECKLESS LOVE
7) ANOTHER SATURDAY NIGHT - HELL IN THE CLUB
8) BREATHING FOR YOU - CORNERSTONE
9) I DID EVERYTHING WRONG - KIMBALL/JAMISON
10) TIME OF OUR LIVES - NIGHT RANGER 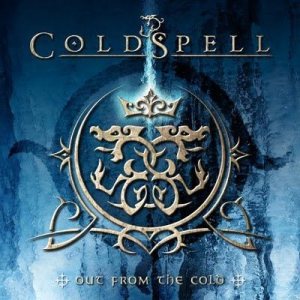 For sure the cover artwork of COLDSPELL's new album is  awesome! 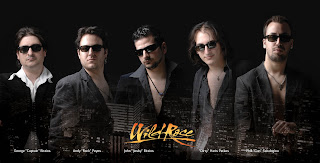 WILD ROSE --- "HALF PAST MIDNIGHT"

So, this is it, the best of 2011. A year that, as I said, we had some excellent releases. Closing, I want to wish all of you all the best for 2012 and keep on rockin' in Heavy Paradise.