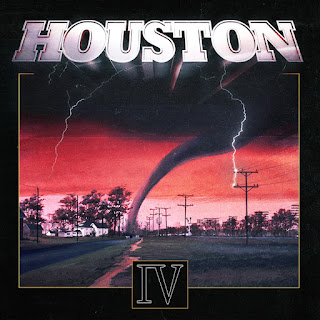 Sweden's AOR act of HOUSTON is back in business with a brand new record simply entitled "IV". The new album is going to be released through Frontiers Music this October.
"IV" is produced under the direction of former member and AOR guru Ricky Delin, who, also, co-wrote with the band. “It feels good to have Ricky back behind the wheel on this album. He is an incredible songwriter and we all know the great work he’s done on our previous albums. This will be the Houston album above all others,” says singer Hank Erix.
“We’re truly excited about the new music on "Houston IV". We knew right from the start that we wanted to go back to our roots and make a classic AOR sounding album again. After all, this was the sound that put us on the map in the first place and what we do best. Sonically, this album is the more refined sibling to our first two albums. We’ve had a decade to grow as songwriters, musicians, and most importantly as a band and I think this really shows,” adds Carl Hammar, the band’s guitarist.
Exactly! Erix and Hammar couldn't described it better. "IV" sounds fresh in a very old-fashioned AOR way, the melodies are here and overall is an album that will speak through the heart of every melodic rock fan out there.
Songs such as "You Are Still The Woman", "Hero", "Heartbreaker" and "Storyteller" 'smell' 80's classic AOR at its best and all the above mentioned tracks are filled in with beautiful melodies, clever choruses and Erix's soulful vocals. Check out, also, "Until The Morning Comes", "I Will Not Give In To Despair" and "Such Is Love" which are all such amazing tunes and shows the quality of HOUSTON to write solid and classic AOR hymns.
HOUSTON with "IV" deliver an overall solid, ultra melodic and classic opus that can't be missed by each and every fan of this genre.
Songwritting : 9
Production : 8
Songs : 9
Musicianship : 8
Overall Rating : 8,5 / 10
https://www.facebook.com/houstonswedenhttps://www.instagram.com/Houstonswedenhttps://www.youtube.com/watch?v=uv_lEropNoo