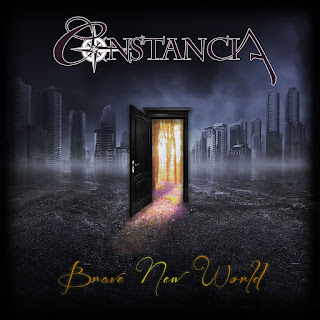 CONSTANCIA started in 2007, as the brainchild of former Scudiero/Token keyboard player Mikael Rosengren. He had written some songs that he wanted to record. He got in touch with guitarist Janne Stark (Overdrive, Grand Design, Locomotive Breath etc) and asked him to play guitars in his opus. The 'next' addition was drummer Peter “TrumPeter” Svensson (ex-Mercy, Faith). Mikael added Jaded Heart bassist Michael Müller, and together they searched out various vocalists before finding David Fremberg (Andromeda). CONSTANCIA’s took flesh and blood and their debut “Lost And Gone” was finally released in 2009.
In 2013, bassist Linus Abrahamson (Andromeda) took Michael Müller's place on bass and the new CONSTANCIA effort entitled “Final Curtain” saw the light of day in 2015.
Nowadays, the band is back with its brand new release with the title "Brave New World". This new opus is the first with a new singer. The well-known Brit shouter Pete Godfrey (Blood Red Saints/In Faith) fits perfectly with the 'whole' package and takes things to a higher level with his amazing vocals.
Musically CONSTANCIA continues to deliver clever and catchy melodies along with edgy guitars, the well-known prog touches here and there that with Godfrey's amazing vocals creating a really solid album. 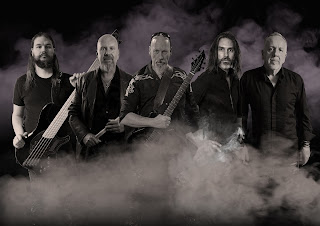 For those who love Godfrey's vocals, CONSANCIA is a great chance to discover a cool melodic heavy band full of Godfrey's unique vocal lines. Imagine a much heavier Blood Red Saints sound, but with the melodies in front row, and you'll get the picture. The guitars are, as I already mentioned, heavy and technical and the rhtyhm section is tight.
Highlights out of "Brave New World" are "My Disease", the melodic and very anthemic of "Blame It On Love", the fantastic and 'darker' "The Key", the super catchy "Stronger", "We Are Unbreakable" and "Forget Me Not".
All in all, this is an extremely interesting album all the way! It's heavy, it's modern and, for damn sure, it's melodic as it gets! I think that CONSTANCIA found the right man with the addition of Pete Godfrey as a lead singer. His amazing vocals along with these killer tracks make a great compination and the result is solid!!!
Songwritting : 8
Production : 8
Songs : 9
Musicianship : 9
Overall Rating : 8,5 / 10
line-up:Pete Godfrey: vocals (Blood Red Saints, In Faith)Janne Stark: guitar (Merryweather Stark, Overdrive, Locomotive Breath, Grand Design)Mikael Rosengren: keyboards (Heartwind, Token, Scudiero)Linus Abrahamson: bass (Andromeda)TrumPeter Svensson: drums (Heartwind, Faith, Mercy, Locomotive Breath)