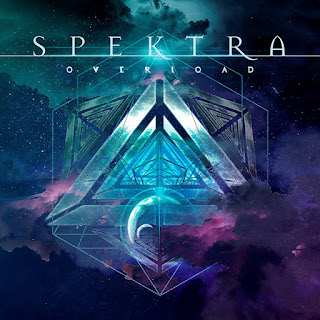 SPEKTRA is a new and very promising melodic hard rock band from Brazil that features the amazing and very talented BJ (Tempestt,Jeff Scott Soto Band, S.O.T.O.) as the lead singer here.
He has recorded and released several albums with Soto, either as part of the Jeff Scott Soto band ('A Night in Madrid' CD/DVD, 'Damage Control', 'Loud and Live in Milan') or S.O.T.O. ('Inside the Vertigo', 'Divak', 'Origami'). He is also a member of the latest iteration of Talisman (on keyboards and backing vocals) for their recent appearances at major European Festivals.
Since 2014, BJ has also been the lead singer for the Greek hard rock band Danger Angel with whom he has recorded and released one album (All The King's Horses). He has toured in Europe and Latin America extensively while also he was participating in most of the major festivals including Sweden Rock, Graspop, Hard Rock Hell AOR, Monsters of Rock Cruise, Rock of Ages, Bang Your Head, etc.
The new album kicks-off with the amazing and punchy tune of "Overload" and continues with the impressive and straight forward "Runnin' Out Of Time" that reminded me a bit of OUTLOUD music. Both tracks are just killers!! "Just Because", "Our Love" and the heavier "Don't Matter" are all three some excellent samples of pure melodic hard rock stuff that features big hooks, amazing perfromances and some cool riffing! In "Back Into The Light" SPEKTRA brings back some Talisman-esque influences and in "Lonely Road" we are dealing with one of the album's highlights; melodic and edgy this track is pure heaven!
This album comes out of nowhere and it's here to become a future classic for every melodic hard rock freak out there! It's one of those records that must be played on a maximum volume! For the fans of TALISMAN, W.E.T., OUTLOUD and SOTO, this is a mandatory must add!!
Songwritting : 9
Production : 9
Songs : 10
Musicianship : 10
Overall Rating : 9,5 / 10