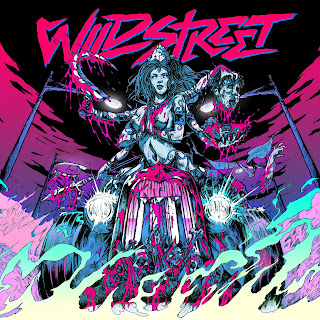 New York's sleaze heavy rock act of WILDSTREET is releasing its brand new opus entitled "III".  The new album is going to be released through Golden Robot Records this June.
To celebrate the release, WILDSTREET has also released a stunning video for the 7-minute psychological thriller ‘Mother.’ The single uses a horror influenced metaphor to paint a picture of depths in the main characters’ madness, which she insists is her mother’s doing.
WILDSTREET has released seven singles from the album beginning with ‘Raise Hell’ in 2017 and most recently, ‘Mother.’ For those who aren't familiar with WILDSTREET, let me tell you that this band brings back the late 80's sleaze/glam heavy rock sound of bands such as L.A. Guns, Guns N' Roses and Shotgun Messiah (the first two albums) with style! 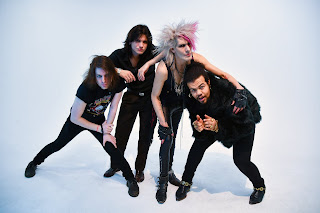 With shredding guitars, a big bad and nasty groove in it, clever choruses and hooks and a very charismatic singer, WILDSTREET's newest opus must be played on maximum volume.
Highlights out of "III" are the classic sleaze tune of "Tennessee  Cocaine", the L.A.Guns-esque "Three Way Ride", the ballad of "Still Love You", "Born To Be" with its bad attitude and the fasat-paced "Raise Hell".
All in all, WILDSTREET with "III" achieves to release a damn great and very old-fashioned record in the vain of bands such as L.A.Guns & Guns N Roses!! Play it loud!
Songwritting : 8
Production : 8
Songs : 8
Musicianship : 8
Overall Rating : 8 / 10
https://www.facebook.com/wildstreetnyc