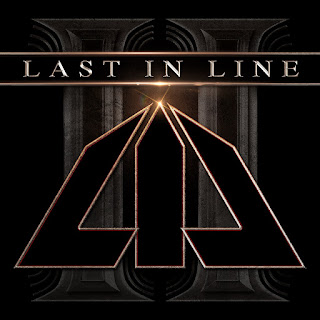 What started as a reunion jam between DIO's members it seems that turned into a band! Vinny Appice, Jimmy Bain and Vivian Campbell (later in Def Leppard) were Ronnie J. Dio’s co-conspirators and co-writers on the "Holy Diver", "Last In Line" (the album from which they took their name), and "Sacred Heart” albums. Without any doubt all three records are a big part of the metal history.

During the jam, the chemistry between the musicians was very much intact. They decided to 'call' the very talented vocalist Andrew Freeman to perform the original DIO songs and the result was pretty amazing. Over the ensuing years, a handful of local LA shows led to a handful of overseas shows in the U.K. and Japan, and eventually to an offer from Frontiers to record an album of original material.

The debut opus, "Heavy Crown", was released back in 2016 with Jeff Pilson (Dokken, Foreigner) as the producer. But the release was preceded by tragedy, when Jimmy Bain passed away at the age of 68 on January 23, 2016.

Nowadays and with a new bassist on board (Phil Soussan), Last In Line is back in business with album  number two simply entitled "II" through Frontiers Music s.r.l. (Release Date : 22 February).

The opening tune "Blackout The Sun" is a heavy, old-fashioned heavy rock gem. It features a big groove, heavy guitars, a big sound and Freeman's amazing soulful vocals in front row!! The rougher "Landslide" is among my favorites while in "Give Up The Ghost" we have a damn big rocker! A more rock 'n' roller here with attitude, groove and a bit 'funkier' vibe in it. Love this one! Campbell's guitars are delightful. "Sword From The Stone", the heavy "Electrified" (just listen here to the big guitar sound that leaves you speechless...) and "The Light" are three more excellent samples of solid heavy rock stuff.

Last In Line is an all-star rock band that delivers solid, old-fashioned and with attitude heavy rock stuff at its best. If you loved the debut, then you probably love this one equally.