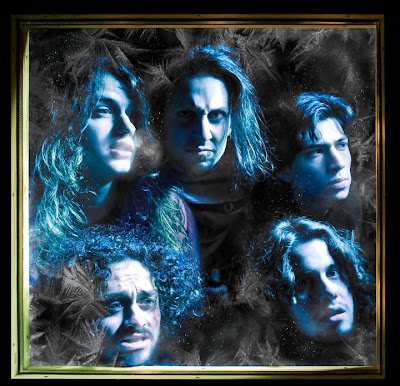 Voodoo Highway is one of the most exciting band of the Italian rock, hard rock and metal scene. The band is considered by the most as a true revelation and by the audiences as an extremely enjoyable and stimulating experience, with their irreverent and circus like live shows and the great relationship that the band is able to establish with the fans. "Broken Uncle's Ihn" is the band's new album and it's a damn fine piece of ass-kickin' rock n' roll stuff in an old-fashioned way served with a 'fresh' air! I had the pleasure to talk with the band's bass player Filippo Cavallini about.....sex, women and rock n roll!!!!!! Enjoy!!!! 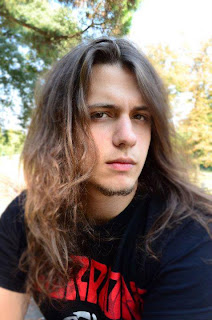 Heavy Paradise : Voodoo Highway is one of the hotest new names in today's hard rock scene! The reviews around the net are all excellent! Before the release of the album, did you expect this success? How do you feel about all this fuzz around Voodoo Highway' name ?
F: oh well... we are really happy about it and quite surprised as all was born as a game to play in the boring evenings of our hometown...! It's ok, I mean... good! We're having fun and we are really satisfied of our work and the audience reaction too, as we are selling tons of copies, which is quite unusual nowadays for an autoproduced band! We hope the fuzz around us will bring us some more pussies..! :-)

Heavy Paradise : You guys achieve to combine the classic hard rock sound of the 70's, mid 80's, with a fresh air! How do you describe your sound?

F: actually I can't really tell you how can we describe the sound... what's for sure is the fact that it's genuine and just made for having fun, nothing more! To have fun is our main interest, and our songs show it for sure.... we hope!!

Heavy Paradise : Craig Gruber said : "the new movement of Heavy Metal has arrived! This band is the next Deep Purple". Comparing you with the legendary Deep Purple is a big thing. How do you handle this comparison?

F: ehmmmmm... actually I can tell you that I rather prefer to listen to Machine Head than “Broken Uncle's Inn”, but if you wanna know something new: listen to Voodoo Highway!! To be compared to such a God Band is hard, and I suppose we are not good enough for Deep Purple, it's a great honour anyway! Thanks Craig! 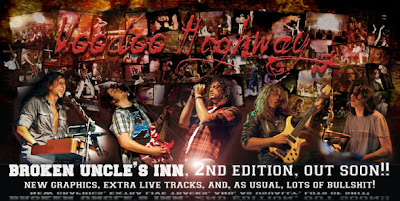 Heavy Paradise : Recently you released a second edition of "Broken Uncle's Inn due to the fast sold out of the first edition. Are there any bonus included in this new one?
F: the second edition is going to be available in mid/late November and it will contain 2 live bonus tracks featuring a medley with some Deep Purpleis style improvisation and a famous song from Rainbow... plus we have new booklet in it, and it rocks! :-)

Heavy Paradise : Who is responsible for the songwriting in Voodoo Highway? Is it a team work result?

F: in Vodooo everyone does its work... maybe the main composers are Matteo (the guitarist) and myself, but I can tell for sure that everyone is important here!

Heavy Paradise : Italy's hard rock scene is growing faster and faster during the last years. Voodoo Highway, Hungryheart, Lionville and Soul Seller, to name a few, are releasing some great albums! How do you see all this situation in your country?

F: Italy is good, except our Premier, and we are producing great music... we need just more live clubs and things like these, as in Italy we have really few people supporting the scene! As in all the human things, Italy sometimes produce the best of it, but our own country does not supports its citizens... this happens in music as in science as in too many other things here... 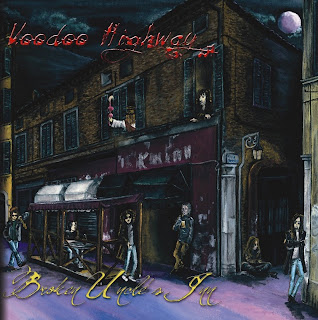 Heavy Paradise : What are your influences?

F: except the seventies I can tell you bad pornography and sexual frustration! Ahaha!

Heavy Paradise : So, I read recently that you are writing new songs for your next album. Would you like to give our readers more info about the successor of "Broken Uncle's Inn?

F: Yes my friend! We are working hard on it and it sounds good!! It's like something “more mature”, but also more Voodoo Highway too... party songs, party sound but here and there something melancholic... you'll see... we're probably going to publish a preview next Springtime :-)

Heavy Paradise : How difficult is for a 'new' band nowadays to get a good record deal? Did your management with Rock N Growl help you guys to promote your work?

F: Labels... well, I can tell you that labels nowadays are not that “important” … I personally had some experiences with some small/medium labels in the past and I can tell you I'm quite happier with Rock N Growl management... they helped us promoting, to find usefull things etc... The guy, Mr. Axel Wiesenauer, is a great one, honest and works hard for real... for the second album we'll look for a good label, that's for sure.. ﻿we'll see... actually we are selling really good on our own, I hope a label will understand the fact that with their helping will sell even more!! :-)) 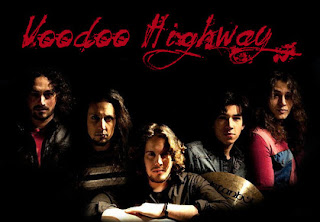 Heavy Paradise : Filippo, is there anything else that you want to share with our readers?

F : Well... nothing important, just wanna tell everyone that music is the most important thing in my life and I'm really proud to know someone out there is listening to our music, reading my words etc... so I would like to thank everyone out there... and yes, just one more thing...: BUY OUR ALBUM!! WE ARE POOR!!!!!!!!

Heavy Paradise : At this point, I have to thank you for sharing these things with Heavy Paradise and to wish you all the best for the future! Ciao!!