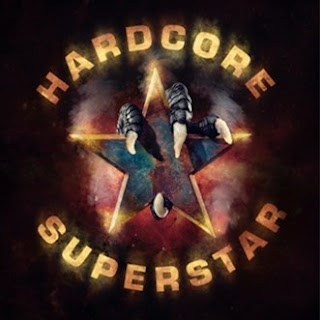 Scandi street-metal heroes of Hardcore Superstar are back in business with their brand new effort entitled "Abrakadabra"!!! The new record is going to be released through Golden Robot Records this March.
After the success and acclaim of 2018’s You Can’t Kill My Rock N’ Roll, the band decide dto write music for their next album. Connecting with so many fans, old and new, has helped to influence the shape and sound of the new record, with drummer Adde commenting that the new album “feels like the record we should have released after the Black album”.
"Abrakadabra" is everything that the ordinary Hardcore Superstar out there could ask for his favourite band; loud guitars. big hooks, soaring vocals and attitude!!!!! After the opening self-titled tune, which is really solid, comes the first highlight of the new record; "Influencer"!!!! A totally ass-kickin', bad-ass and typical Hardcore Superstar track that must be played on maximum volume!! The straight-forward "Forever And A Day" is a good one while with the next couple of tracks, "Catch Me If You Can" and "Give Me A Smile", we are dealing with, probably, two of the best songs of the new effort! The up-beat "One For All" and the heavier/sleazier tune of "Throw A Brick" are both great!!!
Hardcore Superstar with their brand new "Abrakadabra" opus are delivering, once again, a bad-ass, ass-kickin' and loud sleazy hard 'n' heavy record that must be played on 10!!!!
Songwritting : 8
Production : 8
Songs : 9
Musicianship : 10
Overall Rating : 8,75 / 10
ON-LINE:https://www.facebook.com/OfficialHardcoreSuperstar/