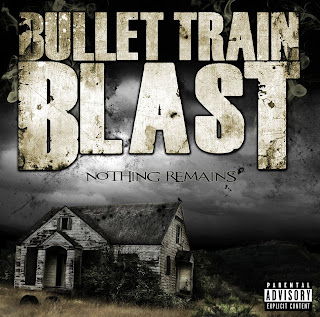 When I first heard a couple of samples from the new Bullet Train Blast's album, I was blown away! I said yes, this album would kick some serious asses! Good old-fashioned and energetic heavy rock stuff with loud in-your-face guitars, a vocalist who knows how to sing and a tight musicianship!

"I'm Insane", which opens the album, is a furious rocker with a superb riffing and a catchy chorus line. For sure, a great opener. "Running Away" is good but nothin' really memorable. It's aggressive but it lacks a bit in the chorus. "The Storm" is a very good modern rocker while "Queen Of The Night" reminds me a bit of earlier Lynch Mob stuff. It has a brilliant riff, it's 'punchy' and has a solid chorus. The best track so far! "All The Girls" has a party Rock N' Roll mood and brings back memories from Sunset Boulevard dayz. The next track, "From The Underground", is a typical modern mid-tempo with some influences from Hinder and Daughtry. "Bang Bang Bang" is another excellent heavy in-your-face rocker that could easily appear in every early Skid Row record. "A Life In Glory" is ok and "Nothing Remains" is another personal favourite with it's groovy sound and the furious drumming work!! "Dead Man Walking" which closes this album is a good rocker too.

All in all, this is a superb heavy rockin' stuff with some pinches of modern hard rock as well. The new vocalist does an incredible job here and the guitar work in every track is a must hear for every guitar maniac out there. Their music is simple and they put heart and soul and that's the thing that counts the most when you play Rock N' Roll. They have some 'killer' tunes in this release but I would like some catchier choruses and hooks; but hey let's not complain this is a solid album! Well done! 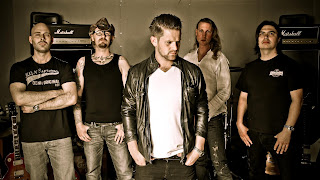