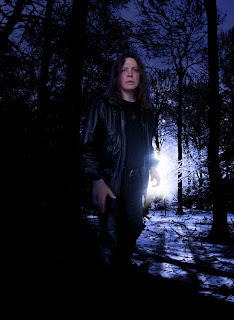 David Reece is one of the most recognisable voices in today's music scene. His musically story began as a lead singer of the band Dare Force and continued with the metal legends Accept. In Accept, he had the 'difficult' role to replace the band's lead singer Udo Dirkschneider and he did an excellent job in the 'Eat The Heat" album.

After Accept, he was off back to L.A. and Bangalore Choir was formed. A good record deal and a very succesfull effort, "On Target", was born but 'cause of the grunge revolution the band came to an end. Sircle Of Silence was the artist's next step but after two albums and some live performances the members of the band took the final break! Later in 2008, we find David Reece as the lead vocalist of Gypsy Rose (Swe.) and a participation in the project Voices Of Rock but, also, as a solo artist with the very good album "Universal Language". The reunion of the Bangalore Choir put a smile to the die hards of the band and 'Cadence' was an overall strong effort that combined the old sound with some newer elements as well. Nowadays, we find the singer very busy preparing the new Bangalore Choir album but , also, as a lead singer of Tango Down. I had the pleasure to talk, with David Reece about his future plans and some other interesting stuff. Enjoy! 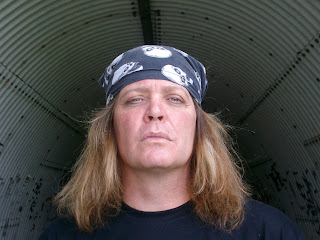 Reece : Nice to speak with you again friend!

Heavy Paradise : So David, you must be a very busy man! New album with Bangalore Choir but, also, a new album with Tango Down. Is there something else that slips my mind regarding your plans for 2012?

Reece : Actually yes, I'm writing a heavy record with Brett Petrusek in the style of what i did with Accept

Heavy Paradise : "Cadence" was a fine piece of hard rock stuff. Maybe not so commercial as "On Target" was but, overall, a very good one! How do you feel about the 'Cadence" release? Do you think that this effort fullfilled the expectations of the band's die-hards?

Reece : Yes i do,having reunited the group and making the comeback with them I feel we delivered the best record possible? Repeating 'On Target' was a giant step but trying to do it all over again was not realistic.when you write songs you have to go with what the vibe is and if it feels right you record it.

Heavy Paradise : A new year is coming and a new Bangalore Choir album is about to be released! Can you tell me some more things about the band's forthcoming album? Are there going to be differences regarding the "Cadence" release?

Reece : With this record you'll hear some of the 'On Target' melodies as well as 'Cadence' sounds.
There are some nice surprises though with one song called 'Never trust ole Joe alone' which has Curt Mitchell playing an old Dobro and me doing a Mississippi delta style blues thing vocally? Jon wilde and I wrote the lyrics and Jon also co-wrote alot again with me on this record.

Heavy Paradise : Do you have a title for the new album yet?

Reece : Yes we do it's called 'Metaphor' my friend Omar Reyna is doing the cover art he's from Highvoltage music it looks really cool and modern! also theres a track called Metaphor on the record.

Reece : Absolutely! Martin and I have a great writing friendship! were going to do another Reece Kronlund record sometime in 2012

Heavy Paradise : Is there any chance to hear a new Gypsy Rose album in the near future?

Reece : No we decided to put Gypsy Rose to rest. 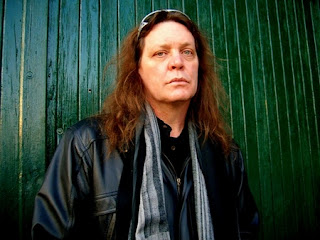 Heavy Paradise : When I read that you are going to be the new singer for Tango Down, I was pleasantly surprised. I think that your voice fits perfectly with the band's attitude and sound. Do you want to tell me some more about this collaboration?

Reece : Ty Sims is producing the record he's from Bombay Black and he understands the sounds were looking for.
Tango Down and i will shoot a video in late Febuary and also do some opening shows with Y&T on the East coast of the U.S. during this time .these guys are the real deal and we have a good vibe together also John Kivel from Kivel records is a hard working man who does his all to make things happen and I believe this record will no doubt open some eyes!

Heavy Paradise : What do we expect from the new Tango Down release? Btw, the front cover rocks big time!!!

Reece : as I said their great players and great people who only want one thing? to write and record great songs! I feel very good working with them. 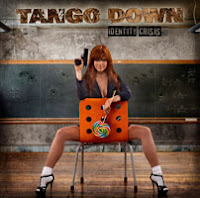 Heavy Paradise : What is the thing that made you happy from 2011 and what depressed you the most from the year that's ending?

Reece : Just being healthy really and having the chance to sing and record as I do.The thing I most hate about 2011 is the lack of touring? the industry is really hurting now and I hope that 2012 things change?

Heavy Paradise : From the 2011's releases, is there any that impressed you most?

Heavy Paradise : So, are there any plans for live performances in 2012?

Reece : Yes the Tango Down shows in March and hopefully some Bangalore Choir gigs too? were working on festivals with B.C. so as soon as I know I'll let you know.

Heavy Paradise : Do you want ot send a message to your fans David?

Reece : all I can say is from my heart I thank you and all the people who support what I'm doing and believe me when I say I'm trying very hard to get more live dates so I can meet and perform for you all!!!!!!!!!!

Heavy Paradise : At this point, I have to say to you a big thank you for accepting my invitation for this interview and to wish you all the best for the future!

Reece : the pleasure is all mine i thank you! 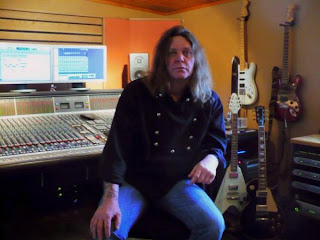