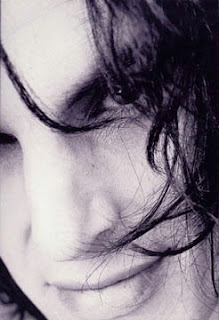 Kane Roberts is a guitarist/songwriter and he is well-known for his collaboration with Alice Cooper during the 80's. Roberts was the guitarist who played on Alice Cooper's "Constrictor", and "Raise Your Fist And Yell" albums. He, also, co-wrote nearly every track from those albums.
Roberts has, also, released two successfull solo albums in the late 80's, early 90's. His second solo release "Saints And Sinners" contained the huge ballad "Does Anybody Really Fall In Love Anymore?", previously recorded by Cher as well.
Heavy Paradise had the honor to talk with Kane Roberts about his early days with Alice Cooper, the "Saints And Sinners" album but, also, his future plans and some other interesting things. Enjoy!
Vassilis Chassirtzoglou
heavy paradise : Hello Kane! It's really a great pleasure to have you here in Heavy Paradise for this interview!  So, Kane, what keeps you busy lately? I read somewhere that you are going to release a new solo album, is that true?
K.R. : Lately I've been modifying my vocal and guitar practicing techniques. I'm currently seeking out new exercises and patterns on the guitar. It's pretty exciting (and rewarding) to inject new techniques into your playing and then see how their influences emerge. I've also been taking vocal lessons with Kip Winger. He's a studied musician with a broad spectrum of skills in composition, theory and vocal/breathing technique. An amazing teacher on all levels. I do have some of the new recording completed and we're trying to get a video shot. Something off the beaten path. The guy that directed the short film I wrote and produced will be shooting it and we're both a little deranged so looking forward to the result.
heavy paradise : You are going to perform live in this year Firefest. How do you feel about that?
K.R. : I approach the date with much trepidation! But all nervousness and fear is cancelled out by the excitement I feel about performing live. I know the Firefest audience are a full on reality based gang of rock music fans/afficionados so in a way thats a relief. They expect an honest shot at real music and that's what I'll strive to deliver. It may be the only show I'm gonna do so I'm putting everything into getting myself ready.


Also, I'm real lucky to have the band Talon on board for the show. They are full on professional and kind of jammed up with a massive dose of skills! Also Pete Newdeck from Eden;s curse will be singing with us. I feel pretty lucky we got such talented people to be part of the show. The show will be a blend of songs from different albums including some songs I recorded with AC. And yes...it will rock!
heavy paradise : Excuse me if I missed something but, I never heard something new, musically, from you (solo/band) over the last years. Was there something that you were involved in?
K.R. : I've recorded a lot but no commercial music projects. I make sure I play guitar and sing everyday. I start feeling really strange and pissed off if I can't. 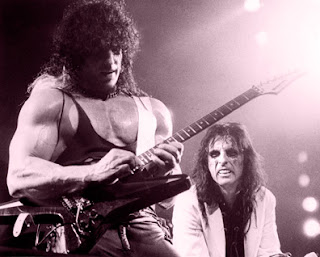 heavy paradise : Allow me to take you back to your Alice Cooper days. How is it to collaborate with this great artist?
K.R. : When you walk into those situations (collaborations with great artists that have a freight train of history and business behind them) you got to have your attitude screwed on straight because otherwise you'll get your ass kicked. My drive for success was so hot that I just rolled into the task of creating with Alice with such a huge dose of enthusiasm that it seemed like the most natural thing in the world. Also, Alice and I became friends almost instantly. I do feel fortunate to have been given the opportunity to work with he and Shep Gordon and everyone involved in their organization. Rock on!
heavy paradise : What is the thing that you miss from those days?
K.R. : Audiences. The relationship between artist and audiences is like a seismic shift of the soul.
heavy paradise : What went wrong and after the "Raise Your Fist And Yell" album, you didn't continue with Alice Cooper?
K.R. : I got the Saints and Sinners deal with Geffen and suddenly we weren't playing together anymore. We had the journey of 2 amazing tours and albums under our belts and we mutually agreed to move in different directions. Still friends to this day. Who knows...we may play together again and if so I would imagine it will feel like we're suddenly back together again!
heavy paradise : Is there something that you wished not to do back then and you regret it nowadays?
K.R. : I always wish I'd done more. I mean my days were full but I always look back and wonder what else I could have done. Keeps me on my toes when I step into each new day. 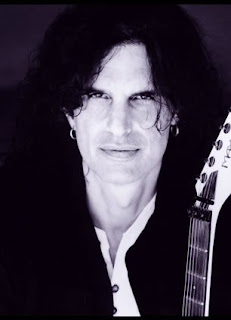 heavy paradise : Filming is another chapter in your career. How did you start being involved with filming?
K.R. : Graphics and artwork have always been a part of my creative engine. Big Marvel comics fan as a kid. Used to try and draw super heroes etc in the style of Jack Kirby, Steve Ditko etc. When I started using computers I got into motion graphics and worked with some creatives that eventually partnered with me in broadcast design and film work. I'm currently trying to get some scripts in production so wish me luck 'cause that ain't easy!
heavy paradise : I saw in your website that you give lessons through web, guitar and song consulation. How is this thing going?
K.R. : It's fun. I'm very concerned with passing on any experience I've gained from working with some insane talent like Desmond Child, Dianne Warren, Alice, Paul Stanley, Bob Ezrin and so on. Being in those situations offer a rare glimpse not only on technique but how to successfully create in high yield, pressure circumstances. When I teach I try and get the students as much information and skills in as short a time as possible. 3-4 lessons are usually more than enough unless they're full on beginners but I rarely work with total neophytes.
The people who run the site have also made music and gear available at kaneroberts.com and they're under strict orders by me to keep the prices down. 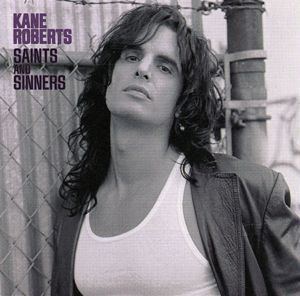 heavy paradise : Your album "Saints And Sinners" is a classic melodic hard rock album and one of my all time favourite albums from that era. You collaborated with Desmond Child for this album. Did you expect that after all those years this album will be regarded as a classic?
K.R. : Thanks...glad you like it. I knew there were some rare moments on that album. The rule of thumb when recording you have to ask yourself "Would I buy this recording?" When I listened to Saints after it's completion I felt pretty good. I AM kind of surprised that there's such a strong following for the Saints album today. But then again, I did have some pretty talented people working with me.
Desmond Child is an animal when it comes to writing music. If you work with him for half an hour he insists you walk away with a completed song. In other words...don't waste a second because we only have so many in this life. Truth is...I still think it's hot when I hear from people that like my music. Never gets old.
heavy paradise : Tell me the first thing that comes in your mind for those words :
ALICE COOPER: Friend
DESMOND CHILD: Prolific
SAINTS AND SINNERS: Great band
HAIR METAL: Nice shoes
JAPAN: Shimura Ken
GUITAR: Life

SUCCESS: The real job is to wake up happy every day...
heavy paradise : Is there something that you wish to share with your fans Kane?
K.R. : Only that it excites and surprises me whenever someone responds to my music and I'll forever be grateful for the opportunity to create and perform in a public forum. I believe I share a lot with the people that listen to my music and that's a big part of what keeps me going.
heavy paradise : At this point, I have to say a big thank you for this interview Kane and to wish you all the best for your future plans!!!
http://www.kaneroberts.com/