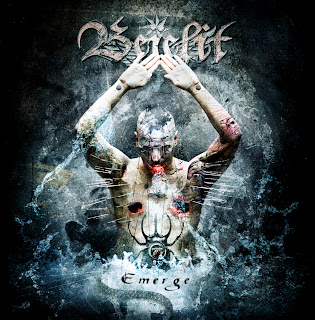 Bejelit is not a newbee in the heavy metal scene. They debuted in 2004 with the critically acclaimed album Hellgate" and since then they've built a solid reputation by releasing two more efforts and they've played hundreds of shows all over Europe, most notably their 2008 and 2011 appearances at Slovenia's Metal Camp Festival.

Nowadays, Bejelit have signed a deal with Bakerteam Records for the release of their fourth length album which is titled "Emerge". "Emerge" was mixed by Nino Laurence (Sonata Arctica, Amorphis e.t.c.) at Sonic Pump Studios in Helsinki, Finland and mastered by Svante Forsback at Chartmakers Studios (Rammstein).

Their music is heavy and aggressive without loosing the melody and the addition of instruments such as accordions, classical guitars and violins that are givin' the extra flavour to the album's final result. "The Darkest Hour" which opens the new album is heavy, aggressive, atmospheric and features some really good guitar work. It's a great appetizer of what we are going to hear next! "We Got The Tragedy" is an excellent tune while features some more melody and a 'catchy' hook and chorus line. "To Forget And To Forgive" is another gem from this album. More melodies, powerfull and sensational performances and excellent arrangements in this 'typical' Euro Power Metal song. "Fairy Gate" is a 'speedy' rocker and "Boogeyman", which closes the album, is a track that shows the emotional side of the band.

All in all, this is an extremely interesting release. It has power, melody, emotions, aggressivity and everything that a Heavy Metal fan, general, could ask for. Some really killer tracks here make this purchase a must have. Well done!