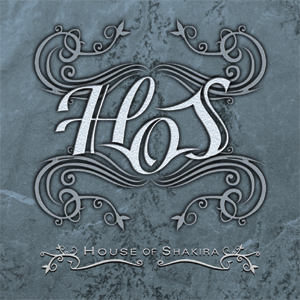 House Of Shakira is a melodic rock act that hails from Sweden. And as good Swedish guys they are playing, for those who don't know the band, melodic rock with attitude, very good melodies and memorable choruses and hooks. In the past, the band has released six studio albums and they achieved to build a strong reputation around their names. Albums such as their debut, "Lint", "III" and "First Class" are all great samples of what this band is capable of playing.

So, nowadays, the band is back and with Andreas Novak on vocals are ready to conquer the top of their gerne! In this album, the band put heart and soul to give us a very good effort and with Andreas Novak on vocals they are sounding fresh and ready to make a brand new start! The tune of "Brick Wall Falling" impressed me from the first listening while the mid-tempo "Lost In Transition" and "Voice In The Void" are both some of the greatest songs that this band has ever recorded!

Overall, this is a very good and extremely melodic album that the fans of House Of Shakira should check it out! For sure, this one, along with the new Last Autumn's Dream album are a great start for this scene! Well done!
HeavyParadise's Rating : 8/10

Track List :  1 Brick Wall Falling 2 Changes in Mind 3 Carry My Load 4 Zodiac Maniac 5 Fractions of Love 6 Midnight Hunger 7 Endless Night 8 All Aboard! 9 What Goes Around 10 I'll Be Gone 11 Voice in the Void 12 Lost In Transition 13 Out of my head