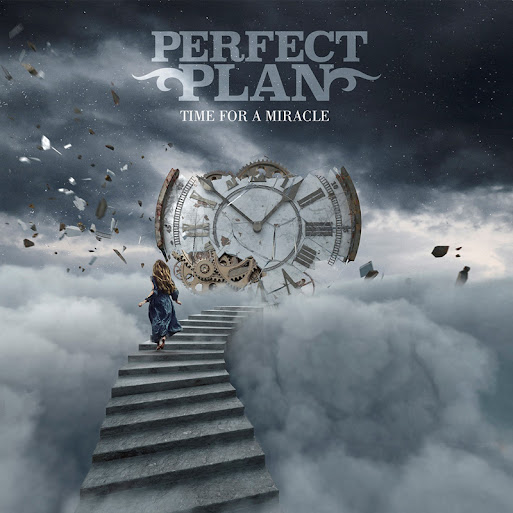 Perfect Plan's newest effort, "Time For A Miracle" is for me one of the most anticipated releases of 2020. The band's debut opus, "All Rise", a couple of years back ended at the first position in Top Heavy Paradise's Releases of 2018. An album that till now is on a daily basis in my cd player. I just love it!!
Read more »
Posted by Heavy Paradise
at Saturday, August 08, 2020 Labels: melodic hard rock 0 comments
Email ThisBlogThis!Share to TwitterShare to FacebookShare to Pinterest 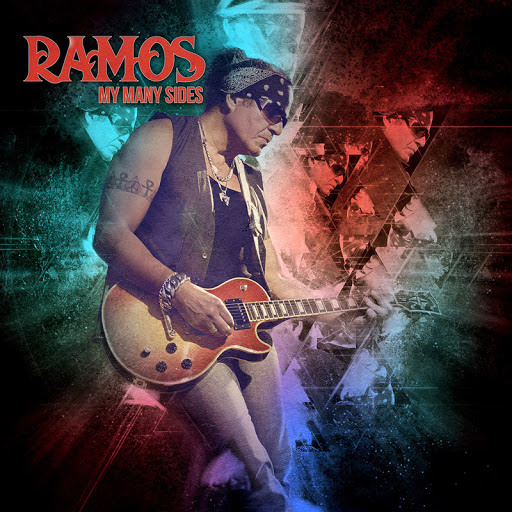 Josh Ramos is well-known from his work with bands such as HARDLINE, TWO FIRES and The Storm. "My Many Sides" is entitled his debut album that is going to be released through Frontiers Music.
Read more »
Posted by Heavy Paradise
at Saturday, August 08, 2020 Labels: melodic hard rock 0 comments
Email ThisBlogThis!Share to TwitterShare to FacebookShare to Pinterest 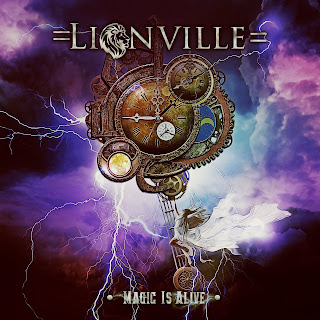 LIONVILLE is considered one of the leaders among the melodic rock community. With already three superb albums on their sleeves, Lionville strikes back again to deliver yet another masterpiece and the sure thing is that will be a classic in the near future.
Read more »
Posted by Heavy Paradise
at Sunday, July 26, 2020 Labels: AOR, melodic rock 0 comments
Email ThisBlogThis!Share to TwitterShare to FacebookShare to Pinterest 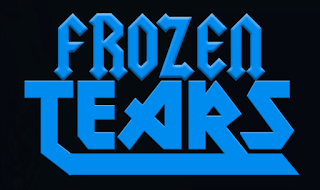 Three years ago I had the privilige to discover a really great band. The Australian melodic rock band of Frozen Tears and its amazingly good opus entitled "Silence Of The Night".

The debut CD was produced by Jon Powers (Guitars/Keys) and Thanos Akritidis (Lead vocals). The other members on the CD were Andy Parsons (Bass) & Bernie Goldstein (Drums).

As I said in my review(http://heavyparadise.blogspot.com/2017/06/review-frozen-tears-silence-of-night-re.html ) back then : "All in all, this is an excellent album all the way. It captures all the magic of the golden days of the 80's melodic rock scene in such a positive way that makes this record a must have for every AOR/Melodic Rock fan out there. "

The sound of Frozen Tears brings back memories from bands such as Giant, Alias, Journey, Whitesnake and Signal just to name a few. 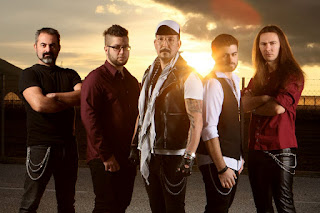 Read the review of the band's latest release here : http://heavyparadise.blogspot.com/2020/05/review-wild-souls-queen-of-my-heart.html 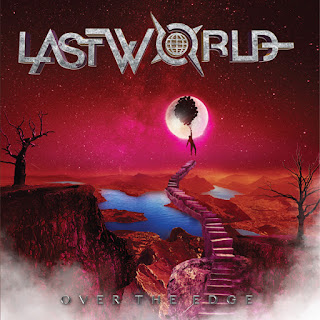 Perris Records and LASTWORLD announce September 18th, 2020 as the worldwide release date for the new studio album, 'Over The Edge'. This new melodic album is a great follow up to the last release "Time" on MelodicRock Records. Once again DAVID CAGLE has recorded a flawless rock vocal showcase on these songs. JIM SHEPARD has also wrote songs that fit nicely alongside with his past releases, handling all instruments. Perris Records will be distributing the release worldwide and promoting to hundreds of radio stations, podcast and websites across the globe. LASTWORLD has brought back the mastering guru JK Northrup. JK has many credits to his name as a producer, engineer and musician including King Kobra, Paul Shortino, Billy Thorpe & XYZ to name a few.
Read more »
Posted by Heavy Paradise
at Saturday, July 25, 2020 Labels: news 2020 0 comments
Email ThisBlogThis!Share to TwitterShare to FacebookShare to Pinterest 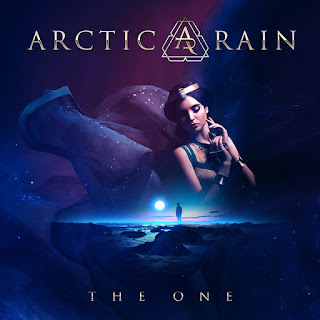 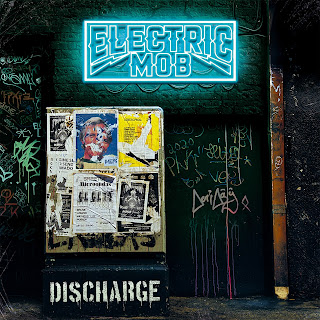 Frontiers new big bet is called ELECTRIC MOB. This Brazilian new hard rock band is ready to shake things a bit with its new opus entitled "Disharge". A damn fine mix of 70's, 80's and, of course, 90's hard rock stuff is featured in this new and very exciting record that the sure thing is that will gain the die hards of this particular scene.
Read more »
Posted by Heavy Paradise
at Sunday, July 12, 2020 Labels: hard rock 0 comments
Email ThisBlogThis!Share to TwitterShare to FacebookShare to Pinterest 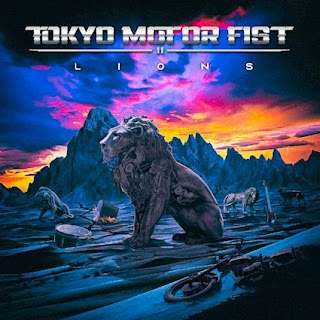 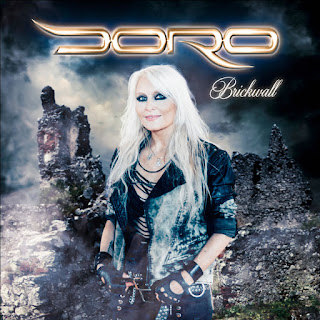 One and a half years after the release of her extremely successful double album „Forever Warriors, Forever United“ (#1 in the German vinyl charts, # 4 in the album charts), metal queen DORO Pesch has already started working on material for a new album.

Daylight Robbery’s highly anticipated 3rd album ‘The Enemy Within’ will be released on August 7th 2020 through Solar Flare Records and distributed via Code 7. 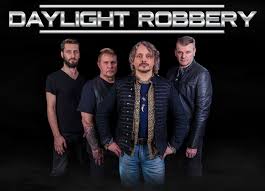 ‘THE ENEMY WITHIN’ by DAYLIGHT ROBBERY Daylight Robbery’s highly anticipated 3rd album ‘The Enemy Within’ will be released on August 7th 2020 through Solar Flare Records and distributed via Code 7.

It will be available to download or stream through all good providers and will also be available on CD through all good retailers. ‘THE ENEMY WITHIN’ is the follow-up to Daylight Robbery’s classic album ‘Falling Back to Earth’ which earned the band numerous awards from around the world including several ‘Album of the Year’ accolades and ensured appearances alongside Dream Theater, Metallica, Whitesnake, Def Leppard, Rainbow, Black Sabbath, Uriah Heep, Y&T and numerous appearances at Hard Rock Hell events.

Two killer single edits from the album have already been released – the killer track ‘Digital Preacher’ and the anthemic ‘House of Pain’, the full length tracks will be available on the album. 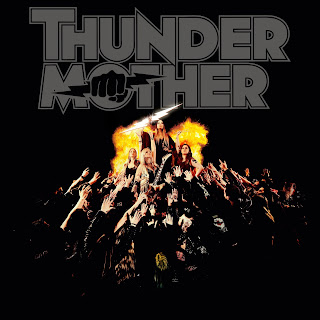 If you don't already know these four bad-ass female heavy rock band, then do yourself a favour  and check out them asap! They sure know how to kick-off a party with their powerful, up-beat and in-your-face heavy rock 'n' roll stuff: that's a fact.
Read more »
Posted by Heavy Paradise
at Sunday, June 28, 2020 Labels: classic hard rock, classic rock 0 comments
Email ThisBlogThis!Share to TwitterShare to FacebookShare to Pinterest