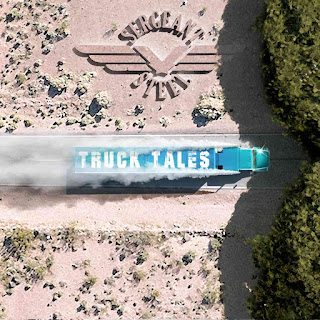 Sergeant Steel is an Austrian hard rock band that was originally formed back in 2007. Since its creation, the band has already released three full-length efforts and one 'best of' compilation. They have played in several festivals and clubs and shared stages with big names such as SCORPIONS and DEEP PURPLE.
Nowadays, the band is back in business with its brand new opus entitled "Truck Tales" that it's going to be released through Metalapolis Records this May.
As in their previous releases, the same here, Sergeant Steel continues to deliver strong, powerful and hook laden melodic hard rock with big emphasis on sing-a-long choruses, pumping grooves and edgy guitars. Most parts of the new album were polished and finished in Nashville, Tennessee with non-other than Michael Wagener (METALLICA, OZZY OSBOURNE, MEGADETH, SKID ROW, and many more). 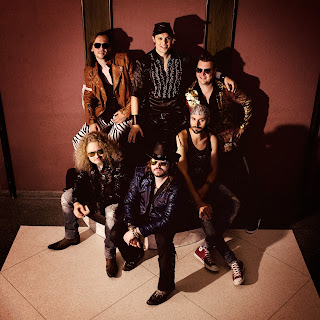 Highlights out of this brand new album is the groovier "Backseat Lover", the melodic hair metal anthemic tune of "Dance Into The Light", "Voodoo Queen", the 'fun' "Pain In My Ass" and the ultra commercial "Hunter".
If you love your melodic hard rock music up-beat, commercial, fun and with lots of attitude, then Sergeant Steel's newest effort will make your day!!! Excellent!
Songwritting : 8
Production: 8
Songs : 8
Musicianship : 9
Overall Rating :  8,25 / 10
Website: https://www.sergeant-steel.com
Facebook: https://www.facebook.com/sergeantsteelonline
Instagram: www.instagram.com/SergeantSteelOnline

Posted by Heavy Paradise
at Saturday, May 08, 2021 Labels: melodic hard rock
Email ThisBlogThis!Share to TwitterShare to FacebookShare to Pinterest