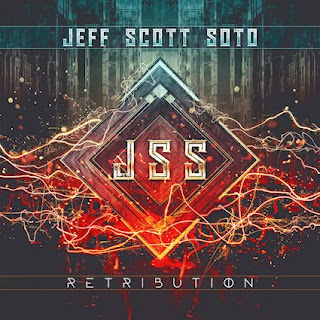 Words are not enough for a musician such as Jeff Scott Soto! Either with Yngwie Malmsteen or Talisman or with his solo works or with the more recent super-group of W.E.T., Mr. Soto all those years delivered some serious, ass-kickin' and quality stuff and built a myth around his name.

With an over thirty years career on his back, he has released some brilliant and already classic albums. He has, also, participated in a numerous projects/bands as a guest vocalist (Stryper, Joel Hoekstra, Saigon Kick, Fergie Frederiksen, Lita Ford, Steelheart, and more). 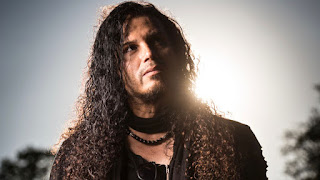 Nowadays, this great musician is back again with his brand new solo work entitled "Retribution", through Frontiers Records. For this brand new opus, Soto joins forces with his long time buddy Howie Simon (on guitars n' bass, except on “Reign Again” and “Song For Joey”) but, also, with a bunch of some talented musicians like Edu Cominato, August Zadra, Stephen Sturm, Carlos Costa and Paul Mendonca and he delivers another great record.

The new album kicks-off with the powerful and groovier "Retribution". A song that fits perfectly with J.S.S. 'image' regrading the power and the attitude and, of course, the melody! Excellent start! "Inside Outside", "Rage Of the Year" and the more melodic "Reign Again" are all three superb samples of some in-your-face melodic heavy rock stuff with tons of attitude!

"Feels Like Forever" is the first slow moment of "Retribution". A power ballad that features some really amazing vocal lines by Soto. Next, we have "Last Time" which sounds like it jumped out from any of Talisman's recent works while "Bullet For My Baby" includes a nice groove and, also, a killer guitar solo. The emotional "Song For Joey" is a song that Jeff Scott Soto recorded with his brother and it's yet another highlight out of the new record. "Breakout" is just killer! Powerful, anthemic and with tons of attitude this is one of my personal favorites.

Jeff Scott Soto with "Retribution" releases a hands in the air, powerful and in-your-face melodic hard rock album all the way. More mature with a heavier approach, but with the melody in front row, and with some killer tunes in it "Retribution" is just KILLER!