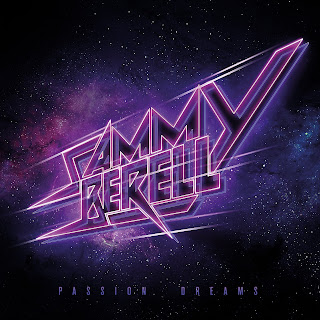 Allow me to start this review b y saying one thing; if you are a fan of Yngwie Malmsteen's earlier works or you are a guitar-driven melodic hard rock freak then look no further; Sammy Berell's new record, "Passion Dreams", is THE album for ya!

Starting back in early 80's, as a kid, Sammy Berell was inspired by old and classic composers and began to play sever instruments, including the piano at the age of six as well as the flute, drums and violin to name a few. His passion for music forced him to practice more and more and finally to become an extraordinary guitar player.

Nowadays, Sammy Berell proudly presents his debut album and, believe me, this is a true melodic guitar driven hard rock/metal gem. The album was recorded in Sound VS Science Studio with producer Daniel Flores (The Murder Of My Sweet, Mind’s Eye, Saviour) together with Sammy Berell as a co-producer and features some of the greatest voices in hard rock such as Michael Vescera (Yngwie Malmsteen, Loudness, Obsession) and Göran Edman (Yngwie Malmsteen, John Norum, Kharma). 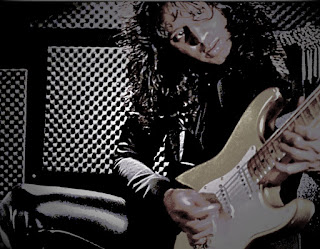 "Passion Dreams" kicks-off with the amazing and very Malmsteen-esque "Judgement Day". A track that could easily appear in any Malmsteen's earlier album. Neo-classical melodic metal with stunning vocal lines, an 80's vibe in it and, of course, some excellent guitar licks in it!!! Love it!!! "Midnight Flyer" is a more straight forward melodic hard rocker with a huge harmony in it and a chorus line to die for!!! "Little Sinner" features a cool groove while in "Passion Dreams" we are dealing with yet another killer track out of the new album. The AOR-ish pinches-just check out the chorus-gives an extra flavor and makes this tune a true highlight! "Star" shines here with its solid rhythm and with "Sacrifice" you better get ready for a monster melodic metal hymn!

It seems like Sammy Berell's dreams became true with album! "Passion Dreams" is an album that reflects Sammy's passion to create heartfull and passionate music. An excellent guitar shredder but, most of all, an excellent opus with some killer tracks in it!!! A big bravo!!