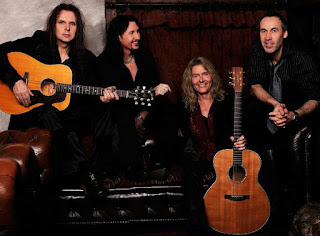 Fair Warning are considered of one of the best melodic hard rock bands over the last twenty years and something. Their sound is unique and in their career they have released some classic albums such as their debut, "GO!" and "Four". Helge Engelke is the band's founder member and one of today's high skilled guitarists. Helge took the time and answered to Heavy Paradise's  questions about Fair Warning's new album, "Sundancer", the band's past, present and future plans but, also, some other interesting stuff. Enjoy!!


Heavy Paradise : Hello Helge and welcome to Heavy Paradise for this interview. Firstly, I would like to congratulate you for the release of the new superb Fair Warning album!

Helge :Thank you for the nice introduction.

Heavy Paradise : So, a new album, “Sundancer”, and, in my opinion, one of the best Fair Warning albums ever!  A little bit of “Rainmaker”, “Go!” and “Brother’s Keeper” in my humble opinion! Are you satisfied with the final result of “Sundancer”?

Helge : Thank you for the compliment.
I guess I am. Sounds strange, right? I try to explain: We are working hard and long on an album, there was never a quick album, we tried many times but we never achieved that goal. There are many reasons for this but one is that we discuss and argue a lot about how things have to be done. That takes time and work and lets it turn out to be a typical Fair Warning album.
In that process you exchange the personal vision you had before making the album for a vision that all the band members share. That needs adjusting and sometimes you have doubts in the beginning and you try to adjust it back to what you personally think should be right. So it is a back and forth and in the end it turns out to be Fair Warning. 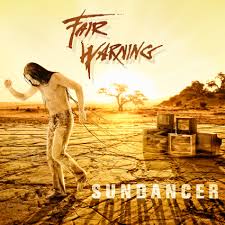 Heavy Paradise : “Sundancer” is going to be released through SPV later this month. For your previous two releases, “Aura” & “Brother’s Keeper”, you had a contract with Metal Heaven and Frontiers respectively. What happened and you guys didn’t continue to collaborate with Metal Heaven or even Frontiers? How difficult is for a band nowadays to get a good record deal?

Helge : Ha,ha, ha:) Look, in the end of every record contract, close to where you have to sign, it says "you shut up about the details, and if something goes wrong you shut up more". Let's say we had different points of views what would be beneficial for the band. There had been various reasons, one of them was that a certain company didn't consider it necessary to release "Talking ain't enough". I think by now the contrary is proved. Concerning the second part of the question: Yes it is getting more difficult. Alone the very fact that record companies cease to exist speaks for itself.

Heavy Paradise : The composition of the songs is it a one man’s job or a team work result?

Heavy Paradise : How long did it take to write and record “Sundancer” ?

Helge : This is a bit tricky to answer. Normally Ule and me write alone. That means we are writing songs constantly and when it comes to making a new album we play them to the rest of the band to decide which ones to take. In my case, the songs that were picked for "Sundancer" were written from 2010 to 2012, I guess Ule's songs are from the same period of time, the songs we wrote together are from 2012.
The entire production was done in between the beginning of 2012 and end of February 2013. 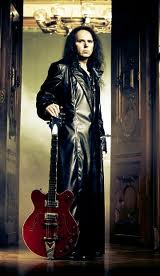 Heavy Paradise : Andy Malecek was a long time member of Fair Warning. Were any differences between Andy and the rest of the band or Last Autumn’s Dream was the reason for Andy to leave Fair Warning? Are you still in contact with Andy?

Helge : Andy left before he joined Last Autumn's Dream, there were a few issues that we could not agree on. Since then we lost contact.


Heavy Paradise : In Asia you guys have a huge success; in Europe you are considered one of the best melodic hard rock bands over the last 20 years or something! How is your popularity in the U.S.? Do you think that the European melodic rock bands have a problem to attract the attention of the U.S.’ audience?

Helge : I don't think that it is a matter of "European MELODIC rock bands". It is more a mixture of causes. First, any kind of rock seems to be dated. The attention of the younger generation goes to rap and hip hop, or whatever the latest fashion is called right now. It has always been the young generation who discovered music. The generation that grew up with rock these days has often different problems than paying attention to  their favorite music, more "how to I deal with the school for the children", "How do I pay the rent" and so on. Next, America doesn't care so much for what comes from the outside, it is simply big enough to be content with what comes from the country itself. But I am not complaining, it is just the way it is. Our earlier albums didn't even get released in the U.S. That changed since our last live release "talking ain't enough" and we receive nice comments about that and there are fans. So it is getting better. 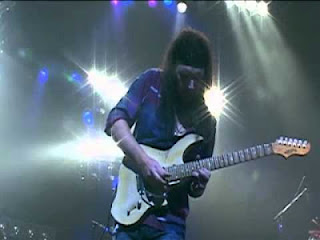 Heavy Paradise : For me, Fair Warning can be described as the ultimate melodic hard rock band! How would you describe in your own words the sound of Fair Warning?

Helge : I would call us a ROCK BAND which takes care of having decent songs and is seeing to performing them well. I do have a bit of a problem with labeling music in general.
When we started out we were called "metal" (mind you, that was more than 20 years ago), I guess we are not. Or we were called "hard rock", fine with me.
Then it got popular to create all these niches, like  "melodic  rock", "doom, death, rock/metal" I even heard "happy metal", whatever. Quite confusing and just feeble efforts of describing the music.
Now it frequently happens to me that people play or suggest me music saying "listen this is melodic rock, like you do". Ouch, most of the times I don't like it at all. That niche that is called "melodic rock" for my taste is often too mellow, too cheesy, so I don't want to be in it. Look, in your question you altered the term to "melodic hard rock", another subniche. I know that all this is well meant to get a good description of the music.
But is it really necessary? I mean these days it is easy, really easy to listen to a band you don't know, you go to the net and there you are with youtube and samples and, yes, grrr, illegal downloads. But after all it is much easier to just listen than to describe it.
Call it Rock!

If you insist on labeling it further, I suggest "usedtobecalledhardmetalmelodicandmanythingsmoreIdontreallyknowcheckforyourself", oh, maybe add rock.

Heavy Paradise : If you had to pick your favorite tracks from “Sundancer” which would that be and why?


Helge : I cannot. I am too close to having have worked a longtime on the album trying to give every song the best I could give. So I wish that every song turned out very well. That is not possible and never happens. The audience and time will tell. In a few years from now I might have a more objective/impartial opinion on the album.

Heavy Paradise : Allow me to ask something about your other band/project. Dreamtide was a cool band with three very good albums. Are there any plans for a future album release?

Helge : Thank you for the compliment. I cannot do side projects. I am incapable of doing. All my attention, work and power goes to the thing I am currently doing. So it is doing Dreamtide or Fair Warning or whatever I am working on, but I cannot do at the same time. Now we've just finished a Fair Warning album, next we will promote this and hopefully tour in various places. What comes after that… I don't know yet. ♬ the future is wide open ♬ 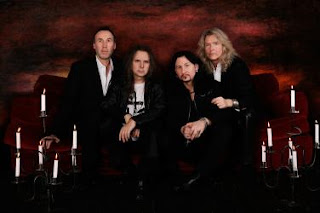 Heavy Paradise : From all the Fair Warning releases is there any that you love the most or is it a ‘I love all my children the same’ situation?

Helge : With me it is more about songs. There are songs on each and every album we did which I like and (after some time and distance) there are songs which don't stand my personal test of time. Fortunately there is no album in which I would not find some songs I like , even after a long time. Although there are songs I consider as unnecessary today.

Heavy Paradise : Your guitar sound is amazing, unique I would dare to say; how do you manage to sound so different from the other guitarists?

Helge : Again, thanks for the compliment. And now? What do I say? To be honest, I don't know, I only can have my best effort on trying to explain, but I don't have a clue if that comes close to the truth. I guess it is about taste and limitations. I try to achieve the sound and music that I hear in my imagination, I try to get close to it. The degree of how close I get varies.

A difference to others might be that I am rarely playing "licks", of course there are phrases that I once learned and use them, but I try to alter them and make it fit the song, because a solo should not be an accumulation of previously learned licks, which you quite frequently could find in guitar solos.

Next, I like the sound of the guitar, I mean a more pure sound of the guitar compared to just have a lot of distortion and everything sounds just like a chainsaw. You could call it "vintage" even though I don't think that is appropriate, because it somehow sounds dated. I like a "real" sound, not too polished, not bulldozed by distortion. There should be the dirt and the edge and the little squeaks and screams that hurt :)

Another point might be that I fail to copy my heroes from Hendrix to Clapton. Whatever I do it sounds a bit like me.

Heavy Paradise : Are you planning some live performances in the near future to promote “Sundancer” ? Any plans to visit Greece???

Helge : It would be really nice to play in Greece and in all the countries we haven't played before. But up to now there are no fixed dates. Let's hope it will happen.

Heavy Paradise : At this point, I have to thank you for accepting my invitation to this interview and to wish you all the best for your future plans!!!

Posted by Heavy Paradise
at Sunday, May 12, 2013 Labels: Interview
Email ThisBlogThis!Share to TwitterShare to FacebookShare to Pinterest