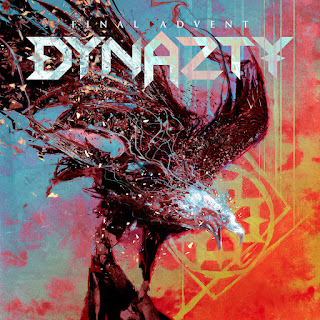 Melodic Hard Rock/Metal supergroup of DYNAZTY are back in business with their brand new dynamite entitled "Final Advent". The new opus will see the light of day this August through AFM Records!
Dynazty started as a 'classic' late 80's melodic hard rock band but through the years they evolved their music into a melodic metal beast ready to swallow everything in his pass!!! With their third full-length effort, "Sultans Of Sin", back in 2012 Dynazty gave more power to their music and the fans expected the band's next move. The next two albums that followed, "Renatus" and "Titanic Mass", showed a more metallic-power metal side that was much appreciated by the both metal and hard rock fans. 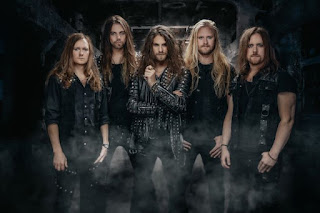 But the big 'explosion' for Dynazty was with "Firesign" and the huge "The Dark Delight" records. Both were big in every meaning; big choruses, big arrangements, big guitars and big performances!! Both are classic in my book.
Nowadays, Dynazty is ready to unleash this new gem with the title "Advent" and to certify why this band is considered a leader in their game! "Final Advent" is really huge! It's powerful, ultra melodic and includes all killers no fillers that at the end of the day will make you push the repeat button again and again.
Songs such "Power Of Will", "Advent" and "Natural Born Killers" are built for big arenas!! The choruses are pure melodic heaven, the guitar work is phenomenal and the vocals of Molin are the cherry on top! This guy is, in my humble opinion, one of the best metal shouters out there!! "All The Devils Are Here" is yet another highlight out of "Final Advent". It includes a killer hook, an up-beat vibe and all the typical Dynazty elemnts in it! Delightful! The power-metal anthem of "Instict" with its prog-pinches is great while in "Heart Of Darkness" we are dealing with yet another straight-forward melodic metal dynamite in where Molin's voice really shines through! Check out, also, the track that closes this new effort, "Power Of Now", that is a true power metal hymn with a guitar solo that will blow your mind! 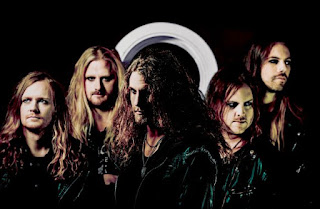 As a big fan of Dynazty it's really to difficult to say if this is their best opus to-date! The one thing that I'm positive in is that "Final Advent" is by far the best record of 2022 so far!!! An explosive melodic metal dynamite that will be a future classic and certify in a glory way why this band is considered a leader to their game!!
Songwritting : 10
Production : 10
Songs : 10
Musicianship : 10
Overall Rating : 10 / 10
Dynazty is:Nils Molin: vocalsLove Magnusson: guitarMikael Lavér: guitarJonathan Olsson: bass Georg Härnsten Egg: drums For More Info Visit:www.dynazty.com www.facebook.com/dynaztyband www.instagram.com/dynazty_official www.afm-records.de