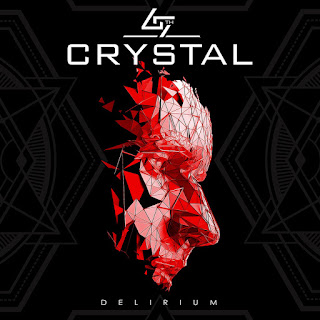 Seventh Crystal is a brand new melodic hard rock band from Sweden that combines perfectly the sound of bands such as ART OF NATION, ONE DESIRE and H.E.A.T. with a strong modern touch that makes the final result very very attractive!!
"Delirium" is entitled this debut opus and it's going to be released through Frontiers Music this May.
In the words of the band's lead shouter Kristian Fyhr, “I would describe the band’s music as an “intelligent” rock style, but still very melodic. My songwriting is very varied. I like starting a song in a pop style and then beefing it up and making it rock. I am a big admirer of the Cheiron Studio and Max Martin, so my influences come mainly from there. Then of course all the other guys in the band bring their own influences and the result is totally Seventh Crystal!”
The highlights out of this record are plenty; If I had to pick some of them as my personal favourites, I would choose the up-beat "When We Were Young", the more commercial and pop-ish "Delirium", the fantastic and very melodic tune of "Should've Known Better", "So Beautiful" and "Deja Vu".
Bottom line is that "Delirium" is an excellent first sample of these Swedes, SEVENTH CRYSTAL. With albums like this one the future looks bright!!! Expect more and bigger things from these guys......
Songwritting : 8
Production : 8
Songs : 8
Musicianship : 9
Overall Rating : 8,25 / 10

Posted by Heavy Paradise
at Saturday, May 22, 2021 Labels: modern melodic rock
Email ThisBlogThis!Share to TwitterShare to FacebookShare to Pinterest