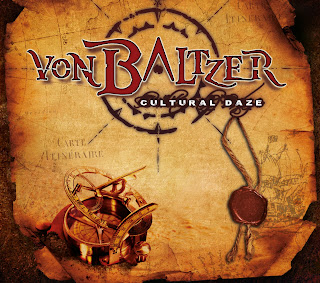 The opening tune of "All Night Long" is simply delightful melodic rock at its best! Somewhere between Bad English and edgier Journey this first song is a great taste of what's to follow. The U.S. flavored "Better Days" is solid while in "Culture Days" we have another yet killer melodic hard rock tune. The bluesier mid-tempo track of "Fatal Attraction" and the edgier "radio Active", with the crazy guitar solo, are two more great samples of Von Baltzer's music.

Bottom line is that Von Baltzer with this debut opus achieve to travel us back in time when bands such as Journey, Toto, Asia, Bon Jovi and Bad English ruled the air waves!!

Posted by Heavy Paradise
at Thursday, May 17, 2018 Labels: melodic hard rock
Email ThisBlogThis!Share to TwitterShare to FacebookShare to Pinterest