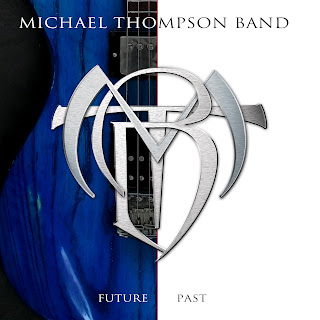 Michael Thompson is, nowadays, one of the leading guitar players of the world. He was awarded the "Distinguished Alumni" award from his alma mater Berklee College of Music to commemorate his contributions to the music industry. Berklee's program for the event noted that "he is widely regarded as being among the elite studio session players, and his amazing list of credits includes such prominent names as Michael Jackson, Whitney Houston, Celine Dion, 'N Sync, Toni Braxton, Phil Collins, Rod Stewart, the Scorpions, Vince Neil, Christina Aguilera, Michael Bolton, Mariah Carey, Bette Midler, Madonna, Babyface, En Vogue, Gloria Estefan, Stanley Clarke and Ricky Martin.

His first album under the name Michael Thompson Band (MTB) was released in 1988 in collaboration with the 'big' Geffen Records. In "How Long" has worked with some of the top names of melodic rock that time such as Terry Bozzio, Moon Calhoun (ex The Strand), Pat Torpey (Mr Big), Jimmy Haslip, John Elefante (Kansas), Bobby Kimball and Great White associates Michael Lardie and Wyn Davis (who, also, produced the album). Songwriters would include, among others, AOR luminaries such as: Jeff Paris, Mark Spiro, Billy Trudel and Brett Walker. In this new one, Michael Thompson collaborates with singer Larry King (Soleil Moon) and provide us with a well-crafted album, full of great melodies, great guitar work and powerful arrangements.

The "High Times" is the opening song and features some powerful orchestrations and a chorus that sticks in your mind at first sound. In the "Can't Be Right" find more groovy rhythms and simultaneously more heavy guitar parts. Amazing AOR tunes in the next song, "Future Past", and a fantastic bluesy ballad in "When You Love Someone". Up-tempo rhythms in "Here I Am", in one of the highlights of this release. The "Beautiful Mystery" and "Break Me Down" are both very good and melodic songs with nice arrangements, catchy choruses and great guitar work. The "End Game" is an 'atmospheric' and 'difficult' song. I would describe it a proggressive-AOR tune. The "Gypsy Road" is a beautiful acoustic rock song and in "Can't Miss" the up-tempo rhythms come back again! The "Fight For Your Life" which closes this effort is a mid-tempo but I would describe it as average.

In conclusion, I would say that this is a very good release that will make the fans of melodic rock sound rubbing their hands with delight.
HeavyParadise's Rating : 7,5/10