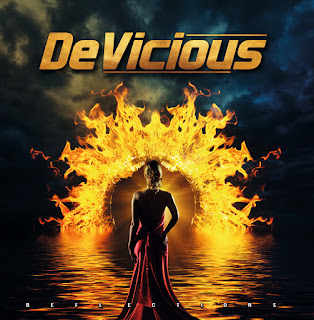 Last year DeVicious released their debut record with the title "Never Say Never". That was a solid album all the way and contained some really catchy and very melodic songs. I really liked it a lot. Nowadays, the band strikes back with its brand new opus simply entitled "Reflections".

After the very first spin of the new album, I have to say that DeVicious is back with a great record! More riffs, more melodies, more catchy songs and overall with a more up-lifting vibe all the way. Yes, "Reflections" is a better opus regarding the solid debut. 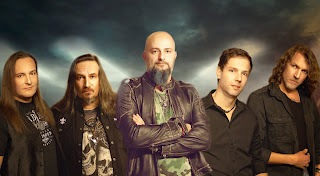 The opening tune of "Long Way Home" is simply awesome melodic heavy rock at its best! It includes a heavy riffing, a powerful sound, a catchy as hell chorus line and in general it doesn't get better than this, if you know what I mean. Next, we have "Never Let You Go", that features Åge Sten Nilsen (AMMUNITION, WIG WAM) on duet vocals, which is again a killer track. The chorus line here is pure candy in my ears!! "Desire", "Hungarian Girl" and the up-tempo "Saturday Night" are all great samples of pure melodic hard rock (with a strong AOR-ish pinches) stuff! In "We're Dying" we are dealing with a huge and edgy melodic rock anthem while in "Feel The Heat" the band delivers a cool and groovier AOR gem with yet another killer chorus.

DeVicious with their new "Reflections" are going to release a killer record that includes catchy as hell hooks n' choruses to sing-a-long for days, killer songs, a crystal clear production and passionate performances!!! Mark the first of March on your calendar and go out and buy this little gem, you won't regret it!