Valerie is a young and fresh kick-ass hard rock band that came to rock this scene with its debut release!! From AOR to hard rock with some really catchy choruses and a serious attitude Valerie is a must check for every AOR/Hard Rock fan out there. BT Valerie (lead vocals/guitars) talked to Heavy Paradise about the band's debut album, his influences and some other interesting stuff. Enjoy. 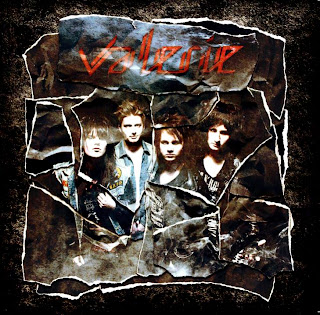 BT Valerie : Hey! Thanks for having me!

Heavy Paradise : Firstly, can you tell our readers a few things as who is Valerie?

Heavy Paradise :So, you already have your debut album and from the songs that I've heard it's about a great debut. Congratulations man!! What are your expectations from your debut release?

BT Valerie : Thanks! Glad you like it. We try not to have too great expectations, but we set our goals up high - and that's what matters. Hopefully this record will put Valerie on the map, and we'll keep rocking the way it should be done!


Heavy Paradise : Nowadays, we have a fast grown melodic hard rock/AOR scene. Bands such as Wig Wam, H.E.A.T., Dynazty e.t.c. are takin' control of this scene. Are you guys ready to shake things a bit in this gerne with your debut?

BT Valerie : Hopefully. It's definitely a tough game though - So many great bands out there that we love. We're still pretty confident in the fact that our sound might differ a bit from many of the other acts nowadays. The whole sleaze thing was never a movement here in Norway as opposed to what occurred in Sweden, so we've done our own thing.

Heavy Paradise : Your sound brings back the 80's, early 90's sound of a great era with a 'modern' touch of heavy AOR. Which are your influences, personally but, also, as a band?

BT Valerie : Kiss is my all-time favorite band, and by that I mean their whole catalog. But I'm a big AOR fan, and I love stuff like Mark/Marcie Free, Harem Scarem and stuff like that. So it's a contrast, best of both worlds kinda thing. Valerie sort of has two sides, one being stuff like Ratt and Dokken. The other being AOR and more poppy stuff.

Heavy Paradise : Are you going to release a video to promote the album?

BT Valerie :  think so. We're working on something right now that involves a lot of live footage and some stuff we shot ourselves. But we might do something a bit more professional as well. It all comes back to our economy really, and what we can afford.

Heavy Paradise : The songwriting in Valerie is it one man's job or is it a team work result ?

BT Valerie : Probably depends on how you look at it. I've written all the tunes on our debut, but it still wouldn't sound like it does without the other guys. It's all about chemistry and working out the final arrangements that really take the songs to the next level. So that's a team effort for sure.

Heavy Paradise : What does the word 'success' means to you?

BT Valerie : If people dig the songs I've written, I consider that success. Honestly, that's what matter the most to me personally. But in terms of Valerie as a band, it would definitely be being able to do this for a living. I think I can say that for all four of us. Sex, drugs and rock n roll.

Heavy Paradise : With the illegal downloading, how difficult is for a band to make a living nowadays?

BT Valerie: Tough question. It's one of those issues that really has both negative and positive sides. For us it really doesn't make a difference. We're not making a living of this yet, but we'll get there!

Heavy Paradise : From the songs of your debut, is there any that you prefer most?

BT Valerie : Probably most proud of "When two hearts collide". I'm really happy with the vocal arrangements and how we did all the harmonies. I think it's the strongest song on the record. But feel free to disagree! haha.

Heavy Paradise : Are there going to be some live performances in the near future?

BT Valerie: Yeah, we've got some gigs lined up for the summer, and more in the fall. So far it's only gigs here in Norway. But hopefully we'll travel abroad somewhere soon. BOOK US!

BT Valerie: Throwing a party wherever we play. Everybody's invited.

Heavy Paradise : Closing, I have to say a huge thanx for this interview and I, also, wish you all the best for the future!!

BT Valerie: Thanks for talking to me! Remember to check out our website www.valerie.no and order yourself a copy of our debut album. C yah all out there! Cheers, BT.