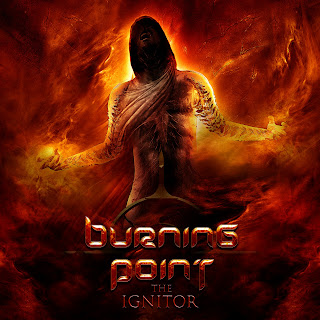 Burning Point was formed in the fall of 1999 Oulu, Finland. They recorded and released a promotional cd and the band managed to get a record deal with the German metal label Limb Music. Under this label, the band released two other efforts, "Salavation By Fire" in 2001 and "Feeding The Flames" in 2003.

In 2007, it was time for a new Burning Point album titled "Burned Down The Enemy". An album that was released under the Metal Heaven record label. The band, also, made an appearance at Romania's Maximum Rock Festival. In the spring of 2008, it started the recordings for a brand new album and the result was "Empyre". An album that was described as a back to their roots with a strong 80's influence. So, nowadays, the band is back with a new record deal, Scarlet Records, and a new album which is titled "The Ignitor".

The fact is that I was never a big fan of their music and I didn't know what to expect of this album. After a couple of listenings, the truth is that I enjoyed every single minute of this release. It has power and melody perfectly balanced, passionate performances, some really amazing and 'sharp' guitar parts (riffs and solos) and a tight musicianship. Their music is a great mix of power metal along with some heavier elements and some epic as well without loosing the melody! As I said above, the guitar work is stunning. The solos and riffs are inspiring and are givin' the extra something to the final result. My favourite tracks from this album are "Silent Scream", "Lost Tribe", "Eternal Flame" and "Demon Inside Of You". 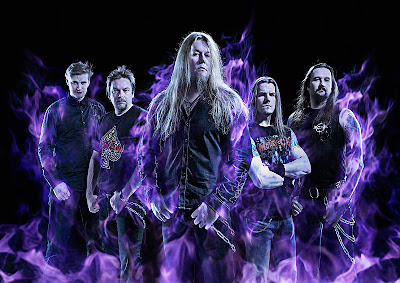