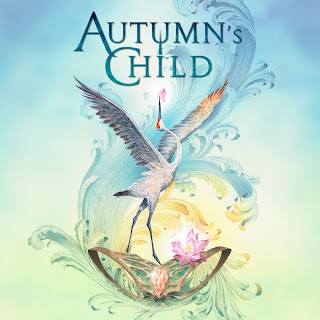 Autumn's Child is a new band that is fronted by Mikael Erlandsson (Last Autumn's Dream, Secret Service, solo). Mikael is considered as one of the best shouters out there. His vocal abilities are top notch and in his long time career has released some great albums.

With Last Autumn's Dream has released fourteen records and most of them are classic in my book. Nowadays, Mikael with Autumn's Dream is back in business with yet another highlight in his career. Except Mikael on lead vocals, the band consists of Jona Tee on Keyboard from Swedish melodic sensation H.E.A.T., Robban Bäck, former drummer of  Eclipse and currently with Swedish rock band Mustasch and Claes Andreasson from Swedish Westcoast/AOR band Heartbreak Radio.

The sound of Autumn's Dream recalls (of course..) to Mikael Last Autumn's Dream days but, also, is heavenly influenced by bands such as Queen, Journey and the edgy melodic AOR scene of the mid 80's. 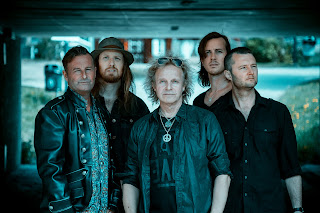 The first couple of tracks that kicks-off this debut, "Rubicon Sign" and "Glory", are probably two of the best tunes here. Edgy, melodic with some killer harmonic lines and Mikael's amazing performances on front row. Excellent stuff! "Cryin' For Love" is a hymn to the classic AOR sound while in "Victory" we can hear some Queen influences (both lyrically and musically). The Queen-esque influneces continue with the more rocking tune of "I'm Done" which is another highlight out of this debut. The pop-rock and very commercial "Face The Music" is very interesting and "Heaven Knows Your Name" is simply one of the album's most beautiful songs. The melodies and harmonies are so sweet and along with Mikael's emotional vocals makes "Heaven Knows Your Name" my personal track out of "Autumn's Child".

I loved each and every single moment here. Autumn's Child is a band that is delivering true and melodic rock music that will speak straight to your heart. The fans of class AOR must check out this release asap. The fans of Last Autumn's Dream will probably have already checked this one out.....