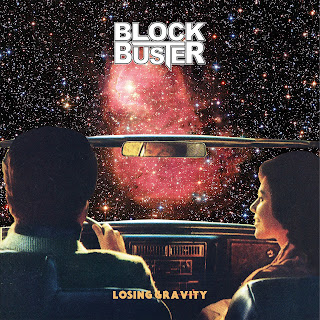 Block Buster is a young melodic rock band that hails from Finland. "Losing Gravity" is entitled the band's debut opus and it's going to be released this September through Frontiers Music. The band was chosen to open for hard rock legends Bon Jovi at Helsinki Olympic Stadium. Since then and after an EP and a couple of singles, Block Buster achieved to build a strong reputation around its name and it's ready to make a big step to this so competitive scene.

The opening tune of "Out In The City" is an edgy, guitar-driven melodic rock gem that shows exactly the 'who is who', musically speaking, of Block Buster. The punchy and in-your-face "Gone By The Morning" is very interesting while in "Back From The Shadows" the band delivers a heavier and with a bigger groove in it heavy rock song and one of my personal favorites out of this debut.

"Sweet Mary Jane" and "Somebody To Shock Me" are both high-energetic tunes and both include edgier and groovier guitars. The modern "Walking Like A Dog" is yet another killer song and in "Would You Do It Again" we have a clear winner out of "Losing Gravity". As I said, this one is more modern with a fantastic rhythm, a big bad-ass groove, attitude and for me this is the album's best song!!!

So, what we have here is a solid debut opus by these youngsters that leaves a sweet taste to my ears. Block Buster is a band that have plenty of talent, no doubt about that, attitude and the right ideas to write good songs. I think that we have to expect more and bigger things from them in the future to come.