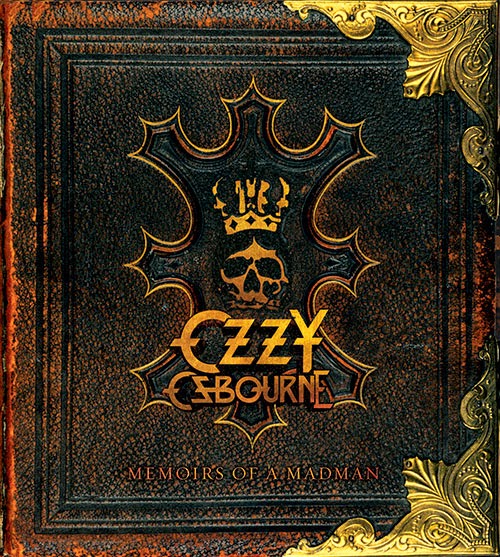 ‘MEMOIRS OF A MADMAN’
AUDIO AND VIDEO COLLECTIONS
CELEBRATE THE LEGACY OF
OZZY OSBOURNE
SINGLE CD, TWO DVD SET, 180 GM DOUBLE VINYL AND LIMITED EDITION PICTURE DISC VINYL
DUE OUT OCTOBER 7
ON EPIC RECORDS/LEGACY RECORDINGS
PRE-ORDER AVAILABLE NOW AT AMAZON
This October, the career of rock icon OZZY OSBOURNE will be celebrated with the Epic Records/Legacy Recordings MEMOIRS OF A MADMAN collections.
Due out October 7, MEMOIRS OF A MADMAN (CD) serves as a career spanning audio release, featuring 17 of OZZY’s greatest hit singles compiled in one place for the first time in his career and will be available in a single CD, two-LP set and two-LP picture disc set configurations.  Pre-order now available at Amazon.

The MEMOIRS OF A MADMAN (DVD) is a definitive visual two-disc DVD set which includesclassic music videos, along with unreleased and out-of-print live performances, plusinterviews from his solo career.  Both sets offer fans of the multi-platinum recording artist,Rock & Roll Hall of Fame inductee and three-time Grammy® winning singer and songwriterhours of entertainment from OZZY’s distinguished solo career.  Pre-order also available at Amazon.
On July 22, fans got a sneak peek of MEMOIRS OF A MADMAN via Twitter. By using #OzzyRules in accordance with the number of tweets, engaged fans were able to unscramble the cover artwork and unlock a video teaser (http://smarturl.it/ozzy_memoirs_teaser).
In addition, an exclusive AUTOGRAPHED limited edition fan bundle will be available (http://myplay.me/1abf).  This includes an autographed poster, 2 DVD set, CD, 2 LP picture disc vinyl, along with a Creative Allies fan designed poster, which will feature an image personally chosen by OZZY (Http://creativeallies.com/contests/977-create-artwork-for-ozzy-osbourne).