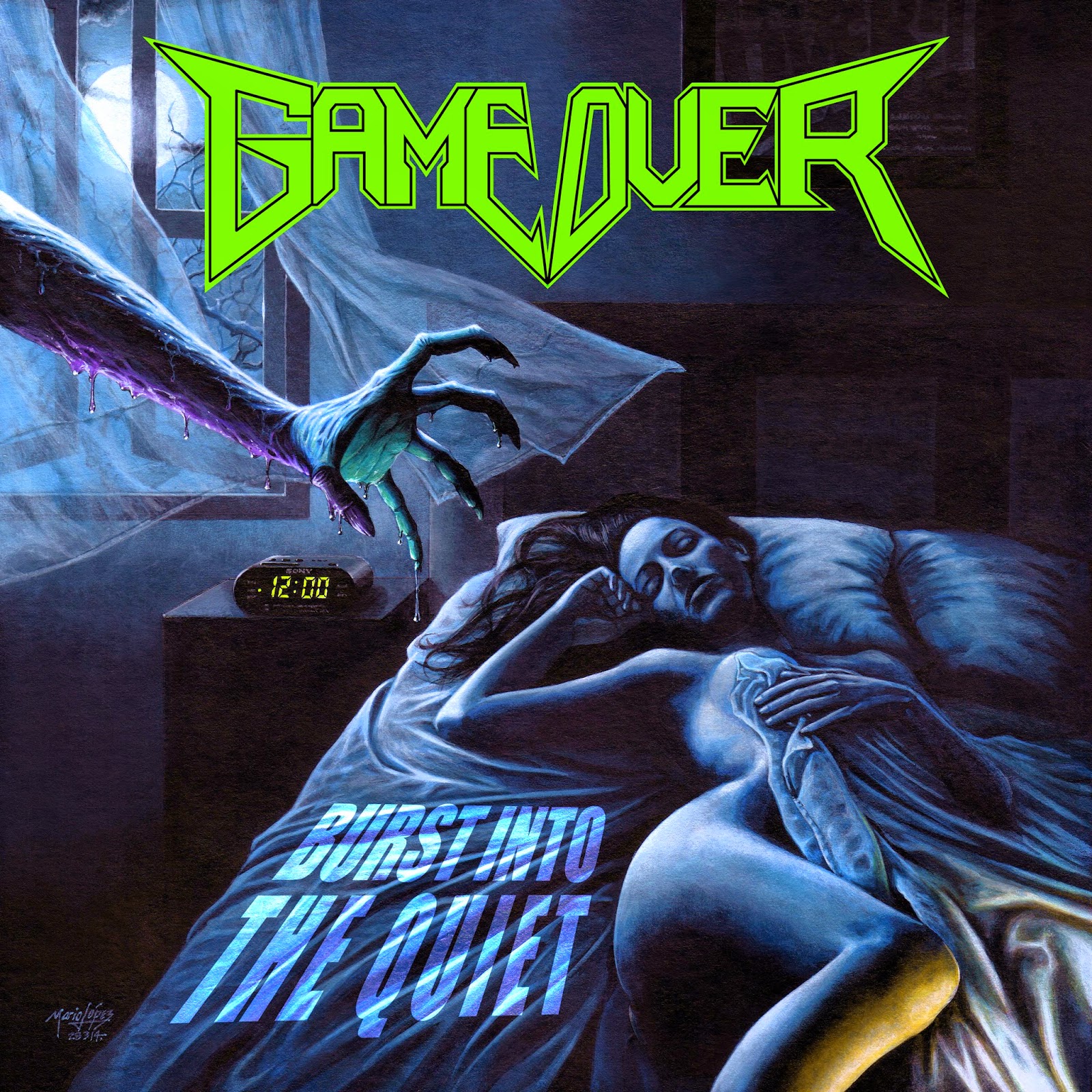 Game Over is a 'classic' thrash metal band and "Burst Into The Quiet" is its brand new effort. Game Over's music is, as I already mentioned, movin' into the classic thrash metal paths and it's influenced by the bay area metal scene. "Burst Into The Quiet" has been produced, mixed and mastered by Simone Mularoni (DGM) at Domination Studios and features a cool cover by Mario Lopez.

Fast and furious guitars with some really amazing guitar solos, powerful vocal performances and groovy rhythms characterize Game Over's music and the solid production comes as the cherry on the top to create a really strong second effort by these guys. 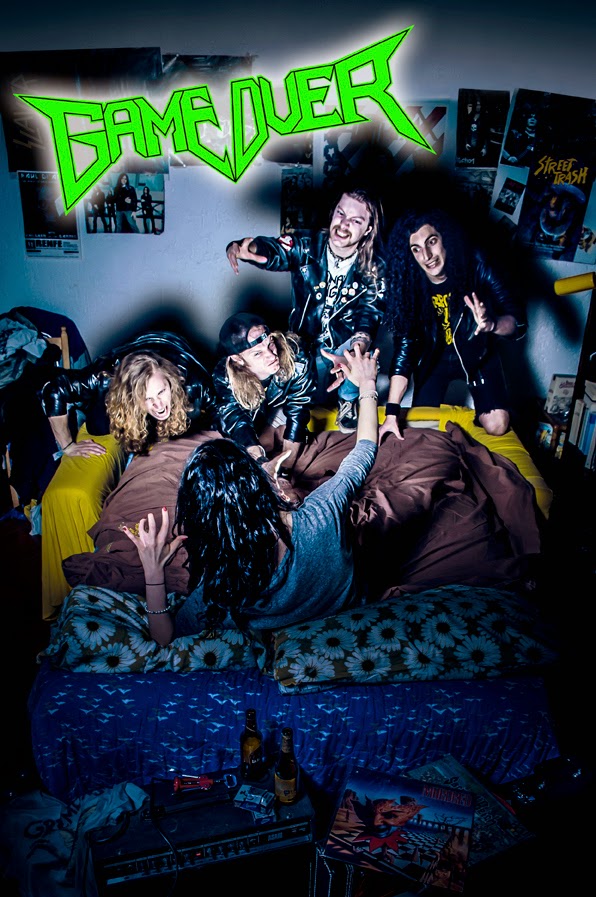 Even if thrash metal is not my cup of tee, and never was, I have to admit that over the last couple, and more years there were a few releases from this particular scene that paid my attention. And yes, "Burst Into The Quiet" is one of those releases that grabbed me with its power, attitude, amazing solos and sometimes raw and totally 80's sound! Highlights here are the early Metallica-esque "No More", "Nuke 'Em High", "Masters Of Control" and "Trapped Inside Your Mind".

This is a solid release for every thrash metal-head out there who wants his daily headbanging! For those who prefer melodies, catchy choruses and these kinda of stuff.....look somewhere else!
Heavy Paradise's Rating : 7/10

Track Listing :
Masters Of Control, Seven Doors To Hell, The Eyes (Of The Mad Gardner), C.H.U.C.K., No More, Metropolis Pt.3, Trapped Inside Your Mind, Nuke 'Em High, Burst Into The Quiet

Posted by Heavy Paradise
at Sunday, May 25, 2014 Labels: THRASH METAL
Email ThisBlogThis!Share to TwitterShare to FacebookShare to Pinterest