One of the favorite Greek hard rock bands is back with a new album, which will be released later this year, and a live performance will take place in Thessaloniki (Gr.). With their debut album, Redrum rocked our world and left us hungry for more! So, nowadays Michael Bormann and his gang are back to offer us another piece of traditional hard rock music and they are ready to shake things, one more time!! Below you are going to read a very interesting interview, which  Redrum members gave to Heavy Paradise and talked about everything! Enjoy... 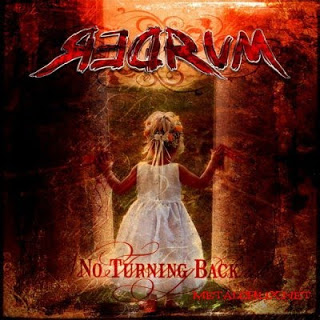 Heavy Paradise : So, the last time that we spoke Michael, you told me that the new Redrum album was about to be finished. Finally, the new album is ready!! What do we have to expect from “Victims Of Our Circumstances “?

Michael : Well, it is always hard to say something about your own songs, haha. I think you can hear, that we got together and wrote and recorded as a band. The music comes more together, compared to the first album...we do have some great rockers, made for radio..... but what does that mean, hahahaha....it's a great album with all that it needs.....great songs, great performances...

Heavy Paradise : Why did it take you so long guys to record a new Redrum album ? With your debut you left us hungry......

Panos : Actually we started the recordings in Germany four years ago. All the basics, drums, guitars
and melody lines. The plan was to go back and finish everything in a couple of weeks somewhere in the next six months, which means the cd would be on the market latest in 2010 but...the first backdrop come from Michael, he had some personal issues which took him some months to resolve. From that moment everything that could go wrong just went wrong. We also had some other backdrops but finally we made it to go to Germany and finnished everything in 2012!

Heavy Paradise : Are there going to be any major differences between your debut and this new album?

Athan : The new album is the same kind of melodic hard-heavy rock and the differece is that all the songs are composed as a band, not like we did in the first one. Plus that in the new album we have and a cover song "You're The Voice" from John Farnham and of course we used more acoustic guitars than the first one. 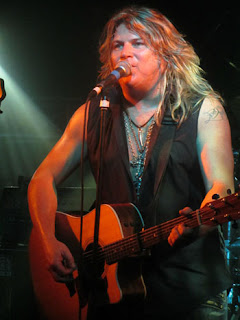 Heavy Paradise : Who are the main songwriters in Redrum? Is it a one man’s job or is it a team work result?

Marco : The songwriting process is initialised by Athan and Panos for the first instance. Then they bring their ideas to germany, work it out together with Michael. The rest will be finished during the production. Therefore its a team process.

Heavy Paradise : At this point, I have to welcome Redrum’s newest member Marco Grasshoff on keyboards. So, Marco how do you feel as the new one in Redrum’s gang?

Marco : As I know these guys from the recordings and the mastering of the first album, it was just a matter of time to join them, cause we grew together as a really good team. What started as a job, now became a real friendship. I love it to be in the band now.

Heavy Paradise : In Rosewood Festival, you played as a band after long time. You gave a hell of a show but, unfortunately, the participation of the people was not the expected. How do you see the hole situation regarding the melodic hard rock scene in Greece?

Athan : The problem is not this fuckin' crisis as it depends on the economical part. It was a shame to play with so great bands like Hungryheart, Danger Angel, George Gakis and the new promising Junkyard 69 band in front only 150 people which half of them was guests of the bands. Thank God Chris Siloma didn't get any heart attack. The good point of view is that these 150people have built the atmosphaire like 1000! 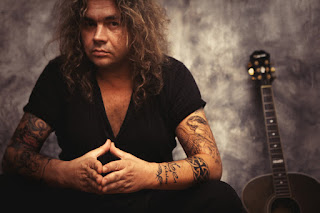 Heavy Paradise : In a few days, we are going to see you live and loud in Thessaloniki!! (I’m really looking forward on that!!!). Feels like coming home Michael? Is there going to be something special that night? ...except, of course, that we are going to hear your new songs

Michael : Actually not really. We will also play some of my songs. guess we have put the greatest material together... we all are looking forward to these gigs. been too long.....plus, it really feels like coming home. my relationship with Greece is the greatest since 20 years... just love it here, especially in Thessaloniki....... 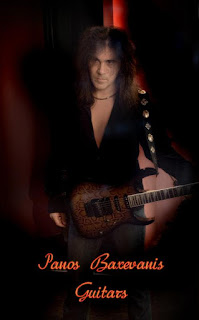 Heavy Paradise : Are there any other future plans for live performances and where?

Athan : We are going to play at the 2nd of March at Thessaloniki - Eightball Club along with Bangkok Babes , Soundtruck and Design . Next week we gonna fly at Oslo, Norway to play at Olsen Club at 8 & 9 of March. Some plans is to get a tour in europe and the dates will be announced as soon as possible.

Heavy Paradise : If you had to pick your imaginary band...by whom would be consisted?

Heavy Paradise : Which albums are in a regular basis in your cd? From the new bands are there any that impressed you the most?

Alex : I usually have on my cd player cd's like Michael Jackson, Down, Pantera, Whitesnake, AC/DC ...Rainbow....and of course... Redrum!!! (laughs) Under Bridge is a great new band of our days in my beliefs at least that's my personal opinion.

Heavy Paradise: Do you wanna leave a message to your fans, guys?

REDRUM : Be one of us and Scream!