Aerosmith Says New Album Brings "A Little Of 1975 Back" 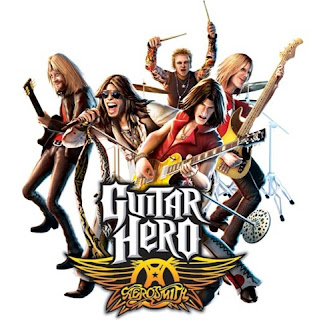 Veteran rock band Aerosmith said on Wednesday they were bringing "a little of 1975 back" on a long-delayed album of new material to be released this summer to coincide with a U.S. tour. The band said they were working on finishing up the album - the first of new material since 2001's 'Just Push Play' - ahead of the tour, but kept the title under wraps.

"The camaraderie's there, there's some songs that are new rock, and old rock and middle-of-the-road rock, and blues, piano. Joe Perry singing a couple of songs, I'm playing the drums, Joey sings, just all kinds of stuff," frontman Steven Tyler told Reuters.

Aerosmith, whose previous attempts to make a new album were dogged by a litany of health problems and internal strife, said they had been working with their long-time producer Jack Douglas to bring "a little bit of 1975 back." The band will kick off their North American "Global Warming Tour" on June 16 in Minneapolis, playing 18 cities from Toronto, Ontario to Oakland, California and Atlanta, Georgia. Tickets go on sale from Friday.

"You're going to get some new songs from the new album and some old songs from the old albums and you're going to get new us and old us, and we're just going to go out and rock your world," Tyler, 64, said. The volatile singer and "American Idol" judge was greeted by dozens of fans as the band swept into a Los Angeles news conference in flamboyant fashion - Tyler on a motorbike, drummer Joey Kramer in a white Lamborghini, guitarist Joe Perry in a taxi and bassist Tom Hamilton in a rickshaw. Guitarist Brad Whitford is currently on tour with another band.  "We've been known to set the world on fire with our type of music...so we decided to call this The Global Warming Tour," Tyler told journalists. Formed in Boston in the 1970s, Aerosmith has sold over 150 million records worldwide and had hits like "Walk This Way" and "I Don't Want to Miss A Thing".