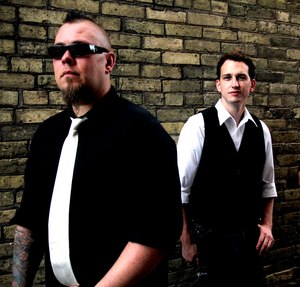 AVEDIS is an unyielding rock band from Milwaukee. Formed in 2007 by frontman and songwriter Corey Nietupski, the trio released their first album Total Control and began to garner a strong regional following, touring throughout the Midwest. To date, they’ve brought their explosive live show to such renowned rock venues as The Brat Stop (Kenosha, WI). The Frequency (Madison, WI) and Milwaukee’s annual Summerfest.

“It’s a concept album,” Nietupski explains, “that  uses the color red to depict the different emotions one can feel when being in a relationship or in love.”

This is the band's latest EP and was released in January 2011. The fact is that I didn't know anything from this band's work, till' now! From the very first listening and especially from the opening track, "Bound Together", I'm impressed!! This is an excellent tune! It's a sensational mid-tempo/ballad filled with Corey Nietupski's 'tender' voice. It's a kinda of dark song with only an acoustic guitar but the final result is simply amazing in my ears. "Mega Ditz" has an alternative sound, louder guitars and more attitude. A nice track! "Mer De Mesonges" is another brilliant tune from this EP. It's a darker rocker with a memorable hook and chorus line and again a more aggressive guitar sound! "Walk Alone" is the track which closes this release. Maybe the weakest track here. Too modern for me with an 'industrial' sound and some low-tuned guitars that didn't work for me.

All in all, this is a very interesting release. From all the four tracks of this EP, the "Mer De Mesonges" and "Bound Together", are both excellent tunes from a very prommising band. Well done!!
HeavyParadise's Rating :7,5/10 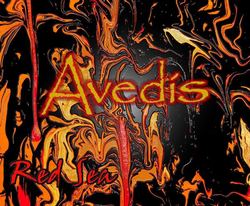 Posted by Heavy Paradise
at Saturday, May 21, 2011 Labels: modern rock
Email ThisBlogThis!Share to TwitterShare to FacebookShare to Pinterest