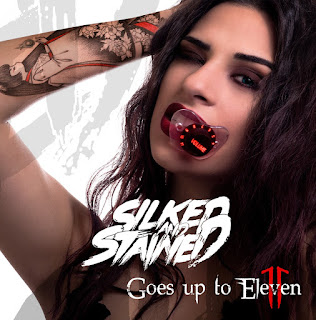 Later, in April 2018 debut's lead singer Bill Tsaklidis left the band due to some personal issues and Silked & Stained soon announced Haris Mos as the new shouter releasing a music video for “Bombshell” to promote the new frontman. The band performed at the Wolfest Rock Festival Bulgaria along with Cradle of Filth, Pretty Maids, Axxis, Scarlet Aura and many other acts in August 2019 redeeming the success of their debut album and presenting some songs from the new album such as “Woman You’re The Devil”. 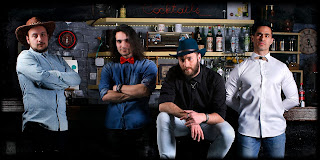 After a couple of spins of the new album, I have to say that "Goes Up To Eleven" sounds bigger, better and a step forward regarding the debut. It sounds edgier more up-tempo and the final result will please every fan of the melodic rock sound. The first highlight comes with the up-tempo and extremely commercial tune of "Come Closer". Man, I just can't get enough of this melodic rock gem. The chorus is pure melodic rock heaven. In "Woman You're The Devil", "Sweet People" and "That Feeling" you'll get a strong dose of sweet melodies, big groove, a tight musicianship, crunchy guitars and big hooks and choruses. The edgier "No Way" is just killer melodic hard rock stuff that must be played on 10 while "Reach For The Sky" is yet another cool and classic hard rock tune and, of course, another great sample of Silked & Stained music.

I would strongly recommend Silked & Stained newest opus "Goes Up To Eleven" to each and every hard rock fan out there who likes the classic melodic hard rock sound with a modern twist.