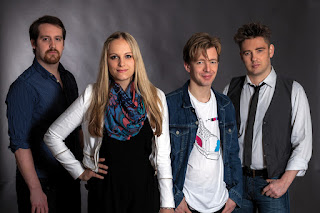 With the melodic rock act of Cornerstone you always know what to expect; well-crafted and well-performed melodic rock songs with beautiful vocals and crunchy guitars. With three, already, strong albums on their sleeves, Cornerstone are here in Heavy Paradise to talk about their past, present and future as a band in a very interesting interview. (Alina Peter (Vocals, Guitars)  Michael Wachelhofer (Bass, Keyboards)

Alina: Thank you very much for having us!

Heavy Paradise : I want to start this interview by saying that your last album, “Reflections”, was a great album all the way. And as I said, in my review “after the first spin, all my expectations were fulfilled in a very positive way!! It's a damn fine rock album that keeps you awake from start to finish”. So, after, almost a year since the release of “Reflections”, how do you feel about this record and are you satisfied from the feedback so far?

Alina: It's an honour to hear that from you! It always feels good to hear positive things about our work! The feedback couldn’t be any better, it has exceeded our expectations.
Of course, there are a few things which we would make different now, but it’s good to never be satisfied. Oliver Cromwell once said “if you stop getting better, you stop being good".


Heavy Paradise : Harry Hess, from Harem Scarem, was responsible for the production of “Reflections”. Do you believe that Hess gave an extra ‘push’ regarding the final result? I mean did he give a more edgy and at the same time more melodic approach?

Alina: Yes, he definitely gave the perfect melodic sound and his personal style into the album. Harry did a great job. We are honoured and more than pleased that he produced “Reflections”.

Michael: My personal goal was, to top our former album “Somewhere in America”, and I guess, we’ve reached that goal. We’ve matured as persons and also as musicians since, and I guess you can hear that in the music. Of course, we’re always trying out things on our albums, also on “Reflections”: for example, “Whatever” is an orchestra-piano-ladden ballad, which could be played in every Lovesong-show on BBC Radio 2, same with “Sooner Or Later”, which has some Sixties-influence. It was fun, but also because of Harry’s production, the spectrum of the whole album became a bit more focused, and I mean that in an absolutely positive way. Harry also worked with Billy Talent, Muse and Simple Plan, and he made the album acceptable for both a commerical AND and a Melodic Rock audience. 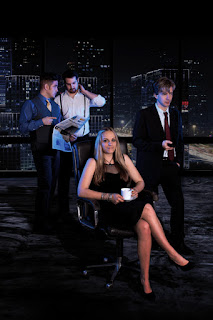 Heavy Paradise : My favorite tracks out of your last opus are “Heart On Fire”, “Whatever” and “Last Night”. If you had to pick a favorite tune out of “Reflections”, which would that be and why?

Alina: My favorite tracks are “Nothing To Lose” and “True Confessions”. Nothing To Lose is a typical rock song and I love to sing it. The lyric is quite good and it is the best opener for a concert! I can’t really tell you why I love True Confessions, so I can’t put it in words. I just get a good feeling whenever I listen to it.

Michael: I’d opt for “True Confessions” as well, because the arrangement is nearly perfect, and it’s probably the most personal song, lyricwise. “Heart On Fire” is also a favourite of mine… purest AOR, and I love Steve’s solo, so this is a great song, too!

Heavy Paradise : Do you consider Cornerstone as an AOR band or just a rock band in general?

Michael: Looking back into the history of the band, it developed from an Indie-/Alternativeband into an AOR-band. Our first effort, “Head Over Heels” was an Alternative-album with a bit of AOR in it. At “Somewhere in America” we’ve turned that combination around, and with “Reflections” we’ve done a pure AOR-album. It wasn’t a planned thing, I guess this is quite natural, you’re getting older, and it isn’t that interesting anymore, to play four chords with a kind of “Fuck You!”-attitude, like we did on our first album. Now we’ve dressed this “Fuck-You!”-attitude into a well produced, keyboard-oriented arrangement *laughing*. If it would just be me, Cornerstone would probably be more Eighties, but because of Steve and Alina, we‘re sounding a bit more modern, which is great. It keeps the interest from commercial radio on Cornerstone.

Heavy Paradise : What are your influences as a band?

Michael: I pretty much come from the AOR-side of the street... Toto, Alan Parsons, Queen, Journey... those are the bands I grew up with. Steve listened to some harder edged music – Metallica, Gun’s Roses, Bodycount, this stuff. Of course our own music is influenced by those artists, but we’re always try to keep an unique sound, we’re no copycats – at least we’re trying not to be some *laughing* With “Reflections” I wanted to create something keyboard-orientated, a heavier version of Savage Garden. Steve wanted to create something that sounds like Gun’s Roses. At the end of the day, Harry turned up the guitars and the drums and created something, that neither sounds like “Affirmation” nor “Appetite For Destruction” – Reflections sounds completely unique, and this is, what I like on this album: love it or hate it, it’s Cornerstone. Alina is the one who explores new music... I do more researching of old bands, that I don’t know – so at least they are “new” for me *laughing*

Heavy Paradise : If you had to choose your personal favorite all time Top 5 albums, which would that be?

Michael: oh, the dark secrets *laughing*. I’d take those five albums to a lonely island in no particular order:

Heavy Paradise : Are there plans for some live performances in the near future and, of course, are you planning to release a new album?

Alina: Of course, there are a few live performances already set. We play a lot of gigs in Austria and Germany this year and next year we will be back in the UK or maybe USA, we don’t know for sure yet.

Heavy Paradise : How do you see today’s melodic rock scene, in general? Is there any ‘new’ band that you like the most?

Michael: As mentioned before, I’m more focused on “older” bands at the moment, but there are no particular newer bands I like, to be honest. Regarding the Melodic Rock scene, more and more bands get signed by Frontiers, and I don’t think, that’s a positive development. All of their bands are sounding the same, same outfits, same production, same artwork, similar songs…. But the positive effect is, so it’s enough space for bands like us, who are doing their own thing *laughing*

Heavy Paradise : So, closing, is there something that you want to say to your fans?

Alina: Thank you for taking the time and reading our interview. If you want more information about cornerstone or listen to our albums check in on facebook: www.facebook.com/cornerstoneaustria , visit our website: www.cornerstone.co.at and check us out on youtube! Our album is available on amazon and Itunes! Stay tuned!

Heavy Paradise: I want to thank you for this interview and to wish you all the best for your future plans.

Thank you very much!! 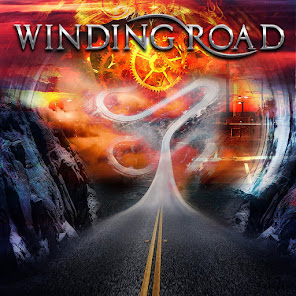