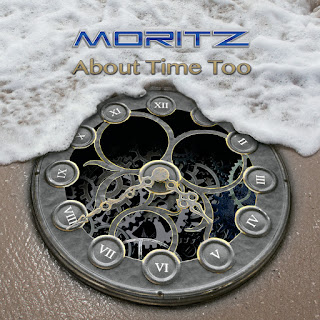 For the AOR/Melodic Rock mafia, the name of MORITZ is a no stranger at all. This Brit melodic act that was founded in London back in 1986 became immediately synonymous with quality melodic rock music.

For many fans of this particular sound Moritz's debut record, "City Streets", is still a gem of an album, a real classic! But unfortunately, the band took separate ways and did not continue to release other albums.

But many years later, in 2010, Moritz came back with the brand new "Undivided" and put a smile upon the face of their fans who demanded new songs. A more edgier record. less 80's keyboard-driven, that received positive feedback from both fans and press.

A new opus saw the light of day in 2013 with the title "SOS". Aa overall good release that included a bunch of some killer tunes in it like "Invincible", "Gonna Lose Her" and "Can't Hide My Heart".

Nowadays, the band is back, stronger than ever to prove that MORITZ has a lot more to offer to this scene. Their brand new opus is entitled "About Time Too" and it's about a 13-track record that will please every single fan of the melodic rock/AOR sound in general. Highlights here are the up-tempo "Moon And Back", "Dreamland", the emotional "Forever Is", the edgy "Take It On The Chin" and "Love Long Gone".