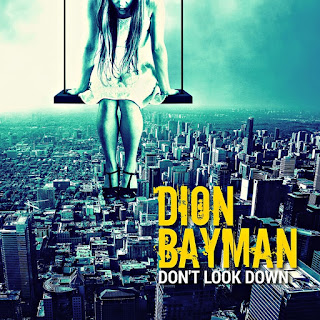 From the age of six, Dion Bayman started piano lessons and the years that followed Bayman became an accomplished pianist. As a teenager, Dion began writing and recording his own original songs, many of which were heavily requested and played on local radio stations. Later we find him, as a singer, in many local rock bands.

His influences are mainly from the U.S. rock scene and bands such as Matchbox Twenty, Bon Jovi, Keith Urban, Richard Marx and Bryan Adams to name just a few. In 2014, Dion released a really solid record, "Afterburn", that left me with the best impressions. It was a fine piece of modern melodic rock stuff with the signature of this very talented musician. Nowadays, Dion Bayman is about to release his brand new record with the title "Don't Look Down".

"One More Reason" is the first sample of the new album and, man, it's pure delightful!! This opener shows the attention of Dion to experiment to some 'punchier' ways and the result is superb. It's a fine melodic rock gem with a great chorus line and crunchier guitars. "24 Hours A Day" continues in a more commercial paths while in "Keep Coming Back" we are dealing with a solid radio-friendly tune that is build for the airwaves!! One of my favorite tracks here is the fast-paced rocker of "This Time" with its huge melody and its feel-good vibe. Brilliant stuff!!!"Open Your Heart" is yet another highlight out of the new record.