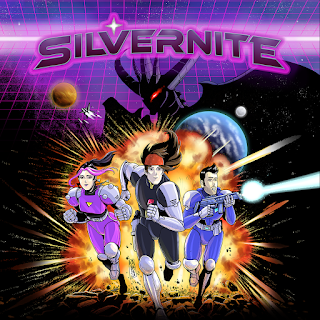 SILVERNITE is a Finnish-Greek melodic rock band and this one is the band's debut opus that has been released through Valve Studio Records. In 2019, Silvernite released an EP entitled "So It Began" that gained the attention of both fans and music press worldwide.
The music of Silvernite is inspired by the rock and pop-rock acts of the 80's brought to you with and updated and 'fresh" sound that will attract many fans of the melodic rock sound in general. Along with the album the story will be released as a comicbook on the same date. 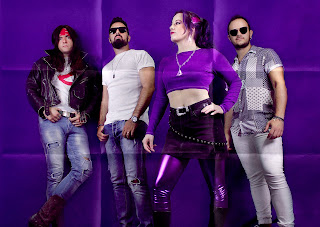 SILVERNITE consists of Tanja Härkönen (Vocals), Thanos G. (Nash B.C.) on guitars, Strutter (Gus G, Uli Jon Roth, Marky Ramone, Maggie Reilly, Wardrum, Wanted) on bass/synths and programming and Minas Chatziminas on drums.
All the songs here are well-crafted, well-composed and include some excellent melodies, beautiful composisions, memorable hooks and an overall mid 80's melodic pop-rock sound that you'll adore! The vocals of Tanja Harkonen and the 'clever' key-driven sound of Strutter are the cherry on top. Highlights here are "True Survivor", "Silvernite", "Angel Of The City", "Broken Heart", "Desperate Heart" and my personal favourite tune of "Iron Eagle". The fantastic front-cover of the album has been handled by Nikos Kabasele.
Overall, Silvernite's debut opus is a must purchase for those who love the 80's female-fronted melodic synth pop/rock sound. Highly recommended!
Songwritting : 8
Production : 7
Songs : 8
Musicianship : 9
Overall Rating :  8 / 10