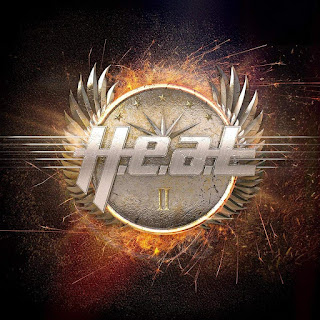 Sweden's sentational melodic hard rock/AOR kings H.E.A.T. are back with their brand new opus entitled "II". After the rather 'different' "Into The Great Uknown", H.E.A.T. strike back in their well-known music paths of their previous recordings. In my jumble opinion ,"II" is the one of the band's, and probably, best records to-date!!

The new album kicks-off with the edgier, anthemic and powerful "Rock Your Boby". A simple and hard rocking tune that is build-up for big arenas. The hook and the chorus make you wanna turn up the volume on 10! With "Dangerous Ground" the band delivers yet another ass-kicking, in-your-face and ultra melodious track and one of my personal favorites out of "II". Erik's vocals are really bad-ass and the chorus line is pure heaven!

But, when it comes "Come Clean", you realize that this band's talent is bigger than life!!! A straight forward melodic rock gem with a killer melodic line, a huge chorus to die for and some smokin' guitars that send you to heaven and back again!! Top class!  The fistful "Victory" and the groovier "We Are Gods" are both great songs while in "Adrenaline" we are dealing with a true hard rock beast ready to roar!!! Man, this album is pure melodic hard rock heaven thus far! 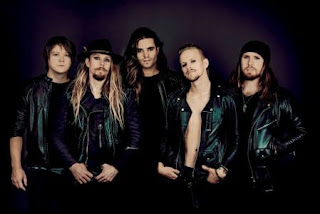 "One By One" sounds like it jumped out from the band's "Address The Nation" album and the power ballad of "Nothing To Say" is beautiful (as always...) and very 80's.  "Heaven Must Have Won An Angel", "Under The Gun" and the 'punchier' "Rise" are closing this amazing record in such a great way!!

H.E.A.T. did it again! With their brand new opus, these Swedes are back stronger, more powerful and more melodic than ever. This is the absolute highlight of 2020 so far, no single doubt 'bout that. "II" features only killer songs with amazing performances, hooks and choruses to whistle for days, a sharp and big guitar sound and a tight as hell musicianship. Overall "II" is such a breathtaking record that you must add to your collection asap!