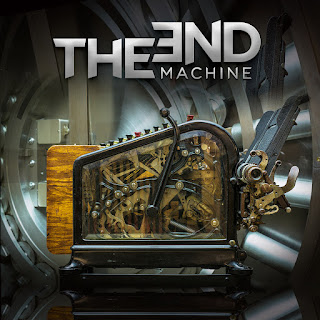 “Musically, of course there's bound to be moments that will be reminiscent of Dokken. That's only logical,” says bassist Jeff Pilson. And continues by saying : “ Some people who've heard it say they think it's closer to Lynch Mob than Dokken.....". 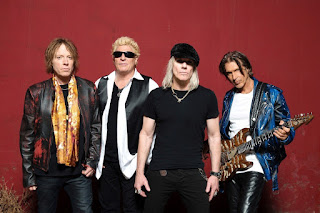 For me, The End Machine is a 40% Dokken and 60% Lynch Mob plus a more modern and updated sound and there you have a really nice heavy rock album that will be appreciated by both fans (Dokken an' Lynch Mob). I have to say that The End Machine's debut opus reminded me in some parts of Dokken's "Dysfunctional" record that was released back in 1995. And a fine example of that is the lead track of this opus; "Leap Of Faith" sounds like a leftover of that record.

In "Hold Me Down", we are dealing with a really huge track. More heavy rocking with a strong heavy blues vibe in it this song is just what the classic Lynch Mob fans asked for years!!! Great stuff, just great! The same goes with the next couple of tunes, "No Game" and "Bulletproof", while in "Burn The Truth" we have yet another Dokken-esque track of the "Dysfunctional" era.

The heavy groovin' "Hard Road" is solid and "Alive Today" includes another yet cool groove in it that the fans of Cry Of Love will love to hear!!! The modern and powerful "Line Of Division" is very good and features some really classic George Lynch guitar licks while in "Life Is Love Is Music" the album closes with a big track; it features more melody, more groove, a nice chorus line and a great guitar work by George Lynch.

It's really nice to hear George Lynch's comeback to his old and amazing hard rocking formulas. It's, also, nice to hear the classic Lynch Mob, Dokken sound with a more updated approach. "The End Machine" is overall a solid record that contains some killer hard rock songs, powerful performances by Robert Mason, a big and ballsy sound and, of course, a tight musicianship. If you need more, then go out and grab your copy!