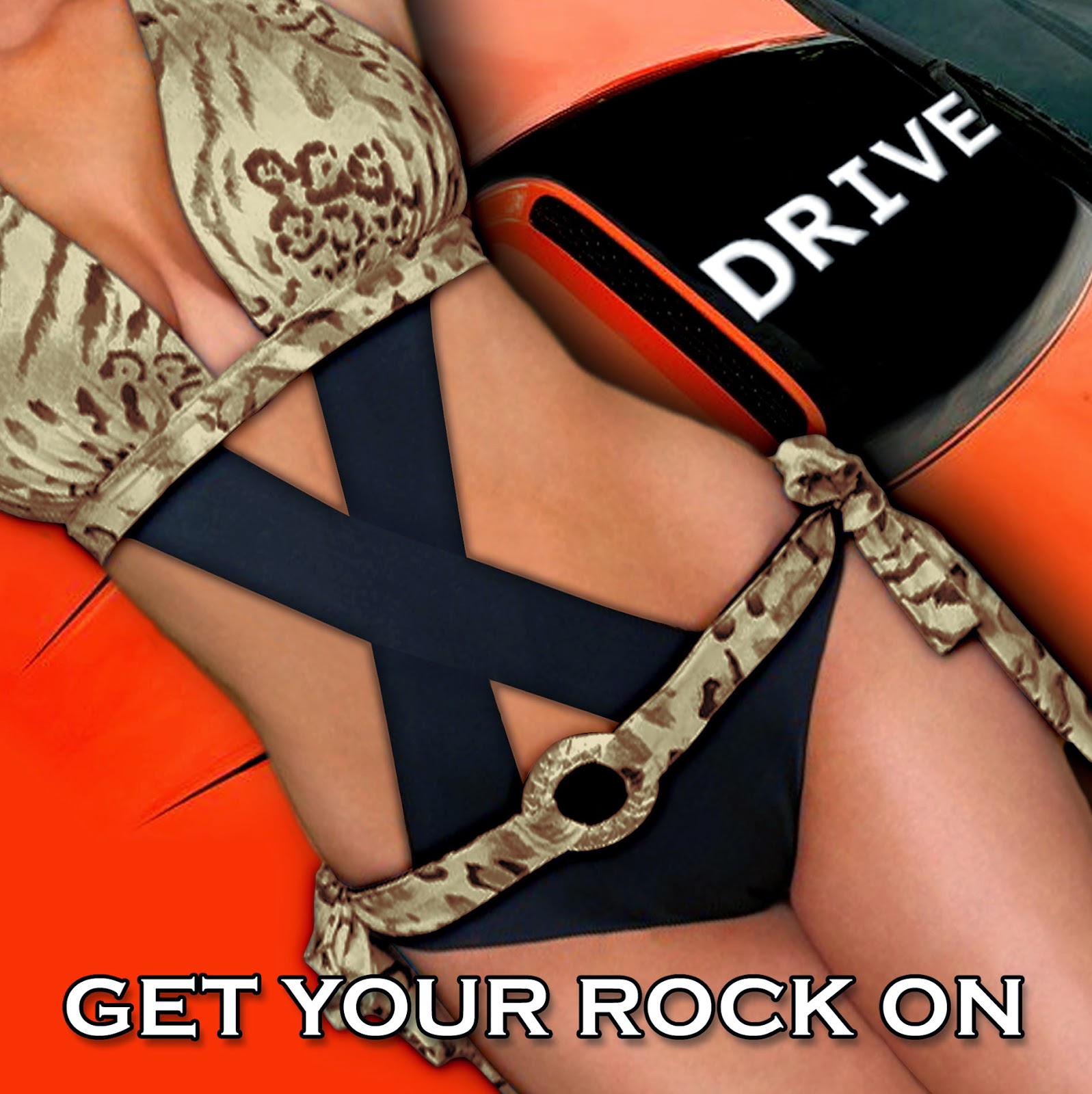 X-DRIVE is a new melodic hard rock band that hails from the U.S. and "Get Your Rock On" is its debut album. The rather unknown guitarist Jeremy Brunner is the founder of the project, and the Oregon transplant makes an impressive debut with an affinity for catchy riffs, insightful lyrics and memorable choruses. The other members of the band are James Lomenzo from White Lion, singer Keith St. John from Burning Rain and to round out the project hard-hitting drummer Fred Fischer from Midline.


The legendary producer Andy Johns, the former Led Zeppelin engineer  finished the X-Drive tracks just before his tragic death in 2013.
“It was such a pleasure to contribute to Jeremy's effort! He has written and crafted an incredible homage to the style of the 80's rock, a style that I cut my teeth on back in the day,” Lomenzo said. “His love for the era and style really comes through in a surprisingly satisfying way.”

“Writing with Brunner was an absolute pleasure,” St. John said. “On the whole, the vehicle for his musical canvasses has been a breath of fresh air in directness and simplicity. I found myself patently inspired to fashion my parts for this collection of songs that was Jeremy’s own refreshing take on the ‘80s."

And yes, St. John is right; the whole album has an 80's hard rock vibe with some strong bluesier touches and yet some Burning Rain pinches ('cause of the singer) here and there! "Love's A Bitch" kicks-off the things here with an 80's classic heavy rock sound that takes no prisoners. St. John's vocals are passionate and smooth while Brunner's guitar lines are superb! "Get Your Rock On" has a nice groove and rocks hard while in "Baby Bye Bye" we are dealing with a great and so emotional mid-tempo song that includes a nice solo. Next, "California" and get ready for some classic pop-metal tune with a huge chorus and a feel-good vibe! Excellent stuff!!! "Turn The Noize Down" is pure 80's hair metal stuff and in "Just Can't Stay" the Burning Rain/Badlands influences are obvious. "Love Break The Fool", the track that closes the album, is another killer track!!

Overall X-DRIVE with its debut album achieves to release a really solid heavy rock album with an 80's vibe in it, a bunch of killer tracks, a tight musicianship, cool guitar work and excellent performances! Check it out!
Heavy Paradise's Rating : 8/10

Track Listing : Love’s A Bitch; Get Your Rock On; Steppin’ On The Rock; Baby Bye Bye; California; Lay Me Down; Turn The Noize Down; Beyond the Angels; Rattlesnake Eyes; Just Can’t Stay; Change of Heart; Love Breaks the Fool.