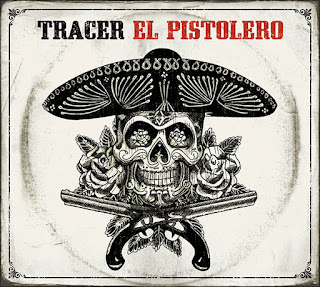 Australia’s award-winning powerhouse rock band TRACER are pleased to announce the long-awaited release of their new studio album "El Pistolero" - released in the UK on Monday 6th May. The release will be supported by a re-scheduled UK tour that will start at the Sheffield Plug on 8th June, ending at the Isle of Wight Festival on 16th June.


Produced by Kevin Shirley (Led Zeppelin, Iron Maiden, Slayer, Silverchair, Cold Chisel) the album is on target to make Tracer the band that everyone will be talking about in 2013. With the addition of new bassist Jett Heysen-Hicks, founding members Michael Brown (vocals and guitar) and Dre Wise (drums) are determined to take Tracer to the next level. "The song writing has gone up a peg or two,” says Michael Brown. “Kevin had us doing things we would never have thought of doing and because of that we've stepped into a new realm. I think El Pistolero will define what Tracer is about, and why we're different to everyone else." Watch the new EPK here - http://youtu.be/9gOp1FNAwls

El Pistolero commands a high-energy mix of stoner anthems, biker attitude and classic rock, it is the sound of a 21st century band making their best album to date – a high-energy collection on no-holds-barred rock’n’roll. It’s hot, loud and sweaty.

Tracer have come a long way since forming in Adelaide, South Australia around 10 years ago. They’ve made two independent mini albums; Into The Night (2006) and L.A.? (2009), but it wasn’t until they released their 2011 debut album Spaces In Between that people really began to take notice. They’ve toured Europe 3 times, and won Best New Band at the 2012 Classic Rock Roll of Honour Awards. 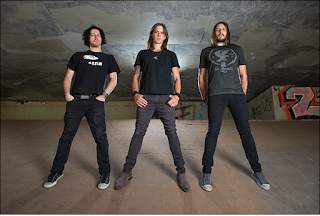