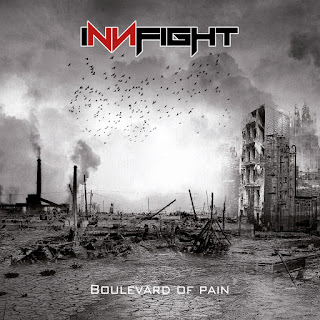 The story of INNFIGHT started at the end of the year 2013 in Mannheim, Germany. Sascha Wagner (guitar) and Michael Heck (keys), who have both been friends for a long time, decided to start writing songs together. Frank Widderson – Vocals (ex-Virus) and Joachim Werry – Drums joined and the band started recording their debut-CD "Boulevard of pain" with Rolf Munkes (Crematory, Tony Martin, Empire) at Empire Studios in the city of Bensheim (a county of Hessen), Germany.

The result here is very interesting; Innfight's sound can be described as modern melodic metal with sharp and heavy guitars, some alternative 'touches' here and there and impressive vocal lines thanks to Frank Widderson vocal skills.

From the first couple of tracks, "All In" and "Liar's Place", the band delivers powerful and modern melodic metal that will please every single fan of this particular scene. In "Till I Fall", we have the first highlight of the album; more modern but catchy as hell with an attitude that you feel it in your veins and Frank Widderson's amazing performances, this track will blow you away! The first slow moment comes with the brilliant "Memories". A track that could easily appear in any of 3 Doors Down albums. "Heart Like A Stone", "Breath" and "Something New" are all three very good samples of Innfight's music. All three includes strong melodies, powerful performances, catchy hooks and choruses and very good guitar lines. Check out, also, the killer and extremely catchy "Missed By The One" and the sure thing is that you are gonna sing-a-long it for days!! 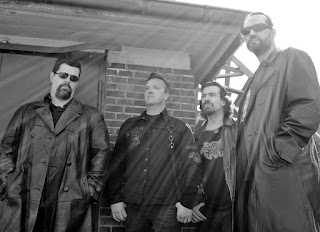 A big bravo for Innfight for "Boulevard Of Pain". This album is another pleasant surprise for 2015. It has power, melodies, talent, a fantastic singer and most of all it has very good songs played with heart and soul and that's a thing that counts the most!!