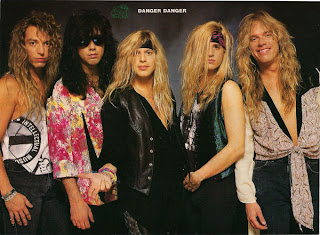 Danger Danger was formed in 1987 by former Hotshot members lead vocalist Mike Pont, bassist Bruno Ravel, and drummer Steve West. This line up also featured then future Hotshot guitarist Al Pitrelli and former Get With It keyboardist Kasey Smith. Mike Pont later left the band and was replaced by Ted Poley, who previously played in the band Prophet as drummer, and sometimes lead vocalist. Somewhere during this time, they made an attempt at recording a demo, but failed. 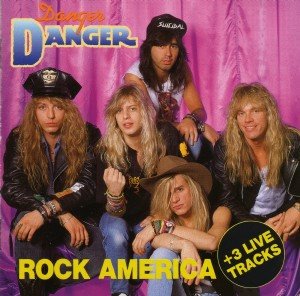 In 1988, guitarist Al Pitrelli left the band and together with lead vocalist Pont reunited to form a new line-up of Hotshot. Since then, Pitrelli has played in various other bands. Pitrelli played on most of the Danger Danger compilation album "Rare Cuts".

So, the debut album, "Danger Danger" released the same year and it was a great success for the band and spawned two hits with “Naughty Naughty” and “Bang Bang,” with the former gaining a spot in MTV' s Headbanger’s Ball. The band went on tour opening for KISS, Alice Cooper, Extreme and Warrant. 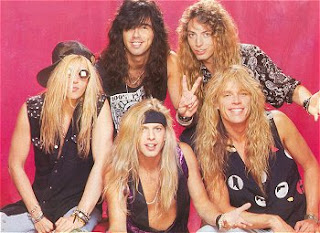 In 1991 Danger Danger were back with "Screw It!". The album spawned two other hits with “Monkey Business” and “I Still Think About You” and again they went on tour with KISS. After the tour, Kasey Smith left the band.
In 1993, the band had finished work with their third album titled "Cockroach". But 'cause of the so called 'grunge' revolution and some 'problems' with their vocalist Ted Poley the album was never released, back then!
Meanwhile the new singer for the band was Paul Laine and he re-recorded the "Cockroach' album . Still, when they were about to release it, Epic thought it was in their best interest to shelve the record. Shortly after, the band and the label parted ways. In addition, guitarist Timmons left the band to pursue a solo career. Since then, Timmons played guitar on both of Kip Winger's solo albums. 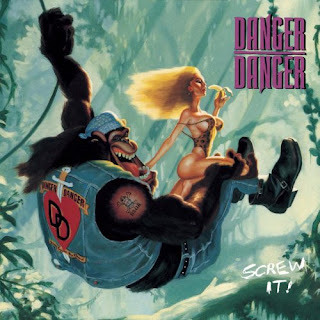 Bruno Ravel & Steve West together they created their own label (Low Dice Records) and they started working on a new album together with Laine. They finally released "Dawn" in 1995 which featured a 'darker' and more 'modern' sound. That was a thing that confused the band's die-hards.

The band went back in the studio and released "Four the Hard Way" in 1998. Former band members Andy Timmons and Kasey Smith contributed to the album, and the band went back on tour. In 2000, they released "The Return of the Great Gildersleeves". In 2001, the band made a unique move after talks with Epic, releasing "Cockroach", which was supposed to be their third album, but could not be released for legal issues. The album featured two discs with both versions of the album, one with Laine on vocals and the other with Ted Poley. 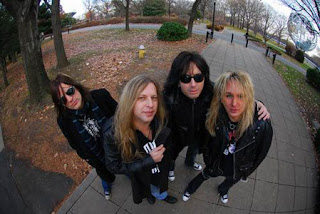 (Danger Danger Line-Up (2009) For The 'Revolve" Album )
In 2004, Laine left the band and original singer Poley returned. However, a 2005 release, "Live and Nude", which was recorded in 2003 featured Laine. On September 19, 2009, the  label Frontiers Records released "Revolve", featuring the return of Poley as lead singer, as well as new member, guitar hero Rob Marcello.
Danger Danger Discography :