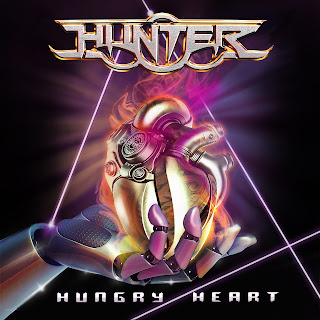 The latest big 'discovery' by Danish label Lions Pride Music is called HUNTER! Hunter is a band that hails from  La Serena, Chile and its style is classic melodic rock/edgy AOR stuff. After the digital release of the band's 10 track debut (which contained five songs in Spanish), the band gained the attention of fans, press and, of course, labels!!
So, Hunter is ready to conquer the AOR world with its brand new opus entitled "Hungryheart"! The album is going to be released through Lions Pride Music at the end of April. The band consists of Ed Carabantes on lead vocals, Claudio Guerrero on guitars, Leo Correa on keyboards, Juan Carlos Alfaro on bass and Marcelo Alegria on drums. 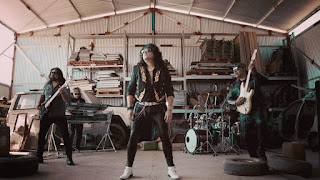 "Hungryheart" contains twelve tracks that the sure thing is that will attract every fan of the classic melodic rock/edgy AOR sound. Beautiful melodies, superb harmonic lines, fantastic performances (Ed Carabantes has a so smooth and warm voice), clever hooks and, most of all, a mid 80's classic AOR vibe are the ingedients of this amazing release. Songs such as "Hungry Heart", "Love Hunter", "Sad Eyes", "Rise Up", "Somebody Said (Love Is A Lonely Word)" and "Tonight" are all shine through!!!
A true gem of an album and one of 2021's biggest an' pleasant surprises so far!! Highly recommended!
Songwritting : 9
Production : 8
Songs : 10
Musicianship : 10
Overall Rating : 9,25 / 10
Connect with Hunter:
https://www.facebook.com/Hunterchileofficial