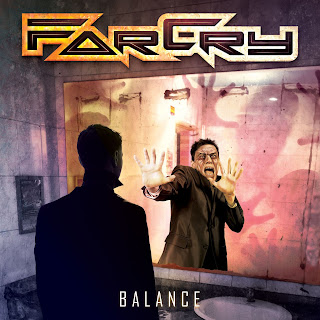 FarCry is a melodic hard rock band from the Northeastern US that was formed back in 2006. With two solid albums under their belt, High Gear (2009) and Optimism (2011), the band toured across the US and, also, performed in Nottingham for Firefest in 2012.
FarCry has shared stage with big names such as Vince Neil (Motley Crue), Bret Michaels (Poison), Dokken, Firehouse, Danger Danger and many more. Shortly after they completed their 2011 release “Optimism”, vocalist Mark Giovi left the band for personal reasons. Later in 2011, FarCry began working on new material with a new vocalist, as well as playing in several live shows.
In 2013, guitarist Pete Fry dissolved the band indefinitely, with no plans to reform under that name. However, after a couple of years, Pete Fry teamed up with new vocalist Bob Malone and started writing material with a vengeance for a new melodic rock project. With the new material coming fast and furious, and overwhelmingly positive feedback regarding bringing back the name FarCry, Pete agreed that maybe the band’s story wasn’t finished being written just yet…
With the addition of  Leo Sabatino on bass, Rich Yaniro on drums and Jon Giesler (guitar) FarCry took flesh and bone and its ready to unleash the brand new opus entitled "Balance".
So, the question is what do we except of this brand new release? The answer is simple; solid and old-fashioned U.S. hard rock with strong arrangements, great guitar work, plenty of hooks and choruses to sing-a-long and strong perfromances. Highlights out of "Balance" are the classic opener, the edgier "Stay", the guitar-driven tune of "I' Am Your Man" (and my personal favourite), the commercial "Broken Dreams" and "Chasing Rainbows".
Bottom line is that the new FarCry album is a solid slice of classic U.S. melodic hard rock sound that for fans of this particular genre is a must have. Well done!
Songwritting : 7
Production : 8
Songs : 8
Musicianship : 8
Overall Rating : 7,75 / 10