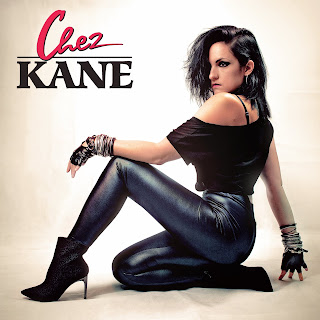 Chez Kane is a Brittish rock singer and a brand new entry in Frontiers Music family. With her two sisters Chez formed the band Kane'd that brought the attention to the label that wanted to bring this young and very talented musician to its rooster.
Danny Rexon of Crazy Lixx took the responsibility to collaborate with Chez for a brand new solo album and the rest is history! On 12th of March the self titled opus of Chez Kane is going to be a fact and the sure thing is that will make some noise around the fans of hard rock out there.
Producer Danny Rexon says, “Until now, I had only worked on the production of Crazy Lixx, but with this I can take a whole other role where I’m working on building up a brand new solo artist, which is quite refreshing....especially when we’re talking about creating something with a talented and hardworking singer like Chez.”
The album kicks-off with the amazing and very 80's tune of "Better Than Love". A track that brings back memories from the golden age of melodic hard rock and artists such as Robin Beck, Lee Aaron and Vixen!! For sure a damn great opener! With the next tune, "All Of It" we have another yet cool one; more in a Crazy Lixx direction this one that must be played on maximum volume! "Rocket On The Radio", "Get It On", "Ball N' Chain" and "Midnight Rendezvouz" are all four pure late 80's melodic hard rock/hair metal hymns that include some catchy as hell choruses enough to make you scream for more!!! Check out, also, the simply breathtaking tune of "Die In The Name Of Love" that sounds like it jumped out from Robin Beck's earlier releases!!!
Remember the name of CHEZ KANE!!! With her brand new solo opus, this extremely talented lady shouts loud 'I'm here to make some noise'!!!! An album that features only killer songs, tons of melodies to die for and these amazingly sweet hooks & choruses to sing-a-long for dayz!!! Top stuff!!
Songwritting : 10
Production : 10
Songs : 10
Musicianship : 10
Overall Rating : 10 / 10