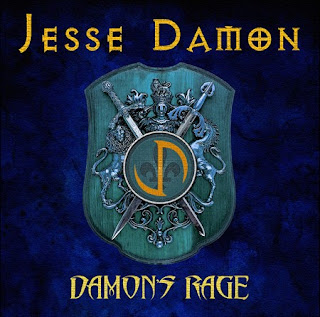 Jesse Damon is well-known as the lead singer/guitarist of the Hair Metal band Silent Rage. With Silent, Rage released a monster of an album entitled "Don't Touch Me There". This opus is still regarded as a classic at its kind.

It climbed # 1 album on the European Charts. The single "Rebel With A Cause" was featured on MTV and the video was placed into heavy rotation on MTV's Head Bangers Ball. After the success with Silent Rage, Jesse continued to be enegretic and follow solo career. For those who followed Jesse Damon, they already know that with his solo albums delivered an excellent craft of hard rock/AOR music and stayed focused to his roots. 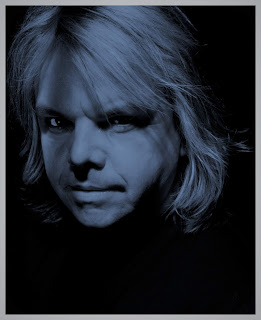 Nowadays, Damon is back with his brand new album entitled "Damon's Rage" which is gonna be released through AOR Heaven this February 28th. Acclaimed AOR artist Paul Sabu gave a helping hand, once again, regarding the production of this album and also co-writing two songs with Jesse ; "Love Gone Wild" and "Wildest Dreams."

"Damon's Rage" in its whole is about a solid record all the way. It includes some serious and ass-kicking hard rock songs such as "Play To Win", the hair metal anthem of "Love Gone Wild", "Here Comes Trouble", "Shadows Of Love" and "Adrenalaine" a couple of beautiful mid-tempos/ballads (Love Is The Answer, Lonely Tonight) and some AOR-ish tunes for a good mesure.

All in all, Jesse Damon's newest effort is yet another strong sample of good and old-fashioned melodic hard rock/AOR stuff. The fans of Silent Rage will sure find something interesting and attractive here. "Damon's Rage" is recommended for every melodic hard rock fan out there.