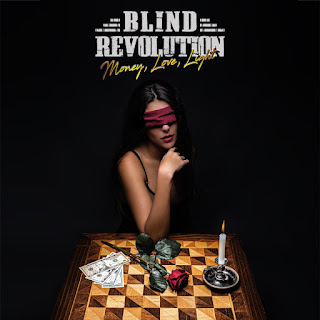 Blind Revolution was originally formed back in 2010 by the brothers Simone and Cristiano Sipione. Driven by their influences and music idols such as Bon Jovi, Def Leppard, Journey and Van Halen among others, the two brothers added to their band the experienced Massimiliano Ricciardo (bass player for a number of local bands).

The line-up completed with the addition of Giovanni Maucieri on drums. So. Blind Revolution took flesh and bones and the music journey began.

The new album that opens the music adventure of Blind Revolution is titled "Money, Love, Light" and it's going to be released through Roar!Rock Of Angels Records on February 7th.

After a couple of listens of the new opus I have to say that this is a very enjoyable and solid album from start to finish. The first couple of songs, "Guiding Light" and "Miracle", are both delightful and they include crunchy guitars, up-tempo rhythms and a postive vibes. 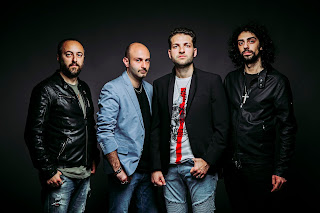 The groovier "Knocking For Love", the rockier "Saints Of Our Days" and "Money And Run" are three more very good songs here. All three show the groovier and more classic hard rock side of Blind Revolution. "Getting Stronger" is just killer! Edgier and with a big groove in it "Getting Stronger" is yet another highlight here.  I liked, also, a lot the ballad "Never Let You Go".

It seems that 2020 starts with yet another very interesting and solid release. Blind Revolution's "Money, Love, Light" is a strong opus that if you are a fan of the classic hard rock/AOR sound then you HAVE to check out asap.